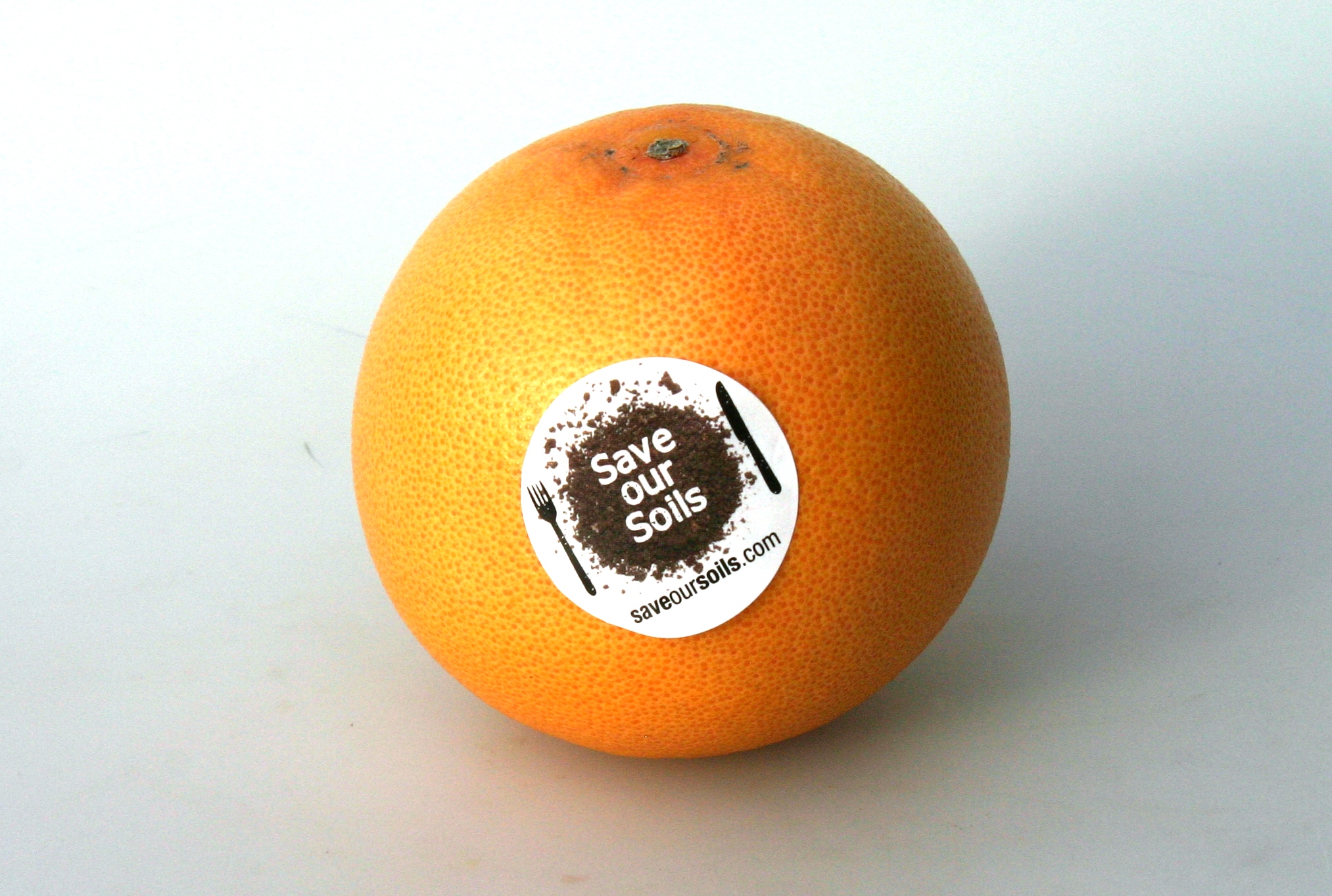 Amsterdam, The Netherlands, 09 September 2015 - Save Our Soils! That is the message that 1 million fresh peppers, tomatoes, avocados, aubergines, pears, apples and kiwifruit's will carry on store shelves across Europe as part of a range of activi-ties during September to support Healthy Soils Weeks.

Soils in Europe, the US and the rest of the world are not doing well. Industrial agriculture causes loss of fertile soils at a rate of 30 football fields per minute. For Nature & More, Europe's largest distributor of organic fruits and vegetables and originator of the UN-backed Save Our Soils campaign, this is more than enough reason to dig in and get the word out.

In the Nature & More warehouse near Rotterdam, from where organic produce is shipped all over Europe, 1 million stickers are waiting and will be distributed to retail outlets during Healthy Soils Weeks, which will run from 9-29 September.

Additionally there are 250,000 flyers and thousands of Soilmates waiting; Soilmates are boxes of organic tomatoes with a little bag of compost and seeds to grow your own basil. In different ways Save Our Soils tries to get across a single message: by eating organic, you are helping to save fertile soils!

Michaël Wilde, Sustainability Manager at Nature & More, said: “Soil degradation is a global problem as urgent as the climate, although both issues are closely related. That’s why the United Nations declared 2015 the International Year of Soils.”

“Save Our Soils tries to reach people in many ways, but we actually have the biggest reach through Nature & More products in stores. That’s why, in cooperation with store owners, we try to put the message into the consumer’s shopping bag and onto his dinner table.”

The organic products with their ‘down to earth’ message will be mainly sold in health food stores, but also in some supermarkets. The stickers point to the website www.saveoursoils.com where a lot of information about the issue is available.