Carola Schouten (Minister of Agriculture), don’t be so frightened of organic farming 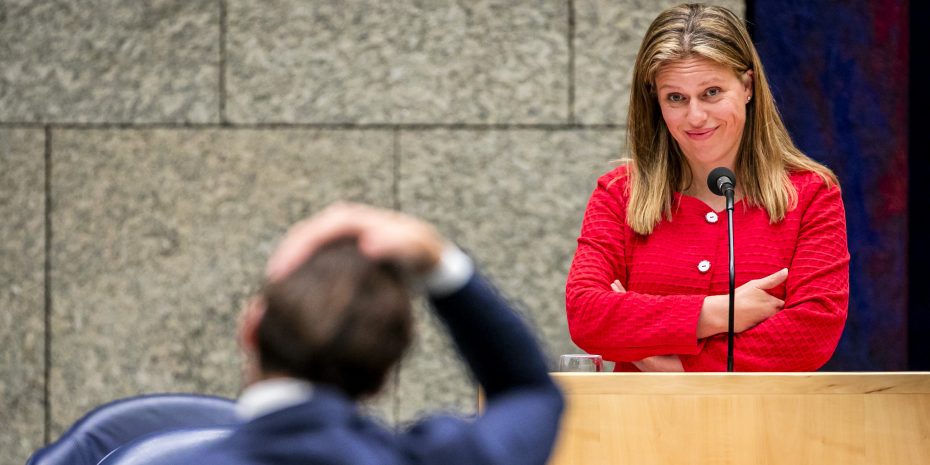 What could possibly be the reason for Minister of Agriculture Carola Schouten to repeatedly refer to sustainability in her policy documents, while the words ‘organic farming’ are avoided? After all, it is precisely this sector that is popular with the Dutch population. Volkert Englishman and Jeroen Smit are convinced that there is a catch here somewhere.

In ten years’ time, 25% of European agriculture must be organic. In May, the European Commission published a new agricultural strategy to make Europe’s food system healthier, more socially aware and more sustainable for humans, animals and the ecosystem. They expressed a clear commitment to organic farming.

This demonstrates that Brussels has much stronger views than the Dutch government. In 2018, Minister Carola Schouten presented a sustainable agricultural view for 2030, which essentially expressed the very same objectives. In her 21-page document, however, the words ‘organic farming’ popped up just once. Instead, Schouten opted for a ‘circular agrifood system’.

Scary word
So what is it about the word ‘organic’ that freaks people out? If you consider the best agricultural practices European, national and regional authorities have put forward, you will immediately see that seventy-five percent of these cases are organic. The Lighthouse Farm Project by Wageningen University and Research has identified eleven agricultural beacons worldwide. These are farms that are fully prepared for 2050, producing food and ecosystem services on an integrally sustainable and innovative manner which is highly economically profitable. Six of these eleven farms are organic.

Concept of recycling
This does not really come as a surprise. During the 1970s, 1980s and 1990s, in the days when the rest of Western European agriculture still used artificial fertilizer, slurry, chemical inputs, specialisation and export, organic agriculture was the hortus conclusus where the concept of recycling and an ‘integral approach’ were quietly maintained.

Green manure plants, natural pest control, organic fertilisation and other things the advisory reports now repeatedly refer to have always been pet topics in organic farming, and this is exactly where the smallest amount of slurry is used. In addition, over the decades civilians have increasingly come to appreciate organic farming, providing organic agriculture with the opportunity to generate a higher rate for sustainability in a market that rewards externalisation (meaning the shifting of social costs).

Unfortunately, the Dutch government’s evasive use of words reflects their deeds: while support for the organic sector was poor, it came to a dead stop in 2011. With a mere 4.1% of organic acreage, the Netherlands is lagging far behind the rest of Europe. So far, Carola Schouten’s abstract circular vision has not resulted in any improvement. Until today, conventional sprouts are sprayed ten times a year with an average of three chemical-synthetic agents, while organic sprouts are not sprayed at all, and a rapidly increasing number of farmers are suffering from Parkinson’s. Almost all research funding in Wageningen is spent on research that is co-financed by agrochemical companies.

A turn caused by COVID-19
COVID-19 has resulted in an entirely new series of arguments for a paradigm shift in agriculture. Our food system is paving the way to lifestyle diseases that increase our vulnerability and COVID-10 has caused imminent famines that have nothing to do with kilos per hectare and everything with fragile, overspread production chains. Scientific publications demonstrate that, since 1940, intensive agriculture has caused half of all zoonoses.

We need to redirect ourselves from our focus on production maximisation, which for decades has caused agriculture to shirk on the costs for the climate, the environment and animal welfare as ‘external costs’. But guess what: these costs are now backfiring on us.

Europe’s sustainability jalopy
We hereby challenge Minister Schouten to make a choice by asking her to give meaning to the word ‘circular’. Europe is more than clear on what this means in practice: 25 percent of organic farming. Please stop the Netherlands from functioning as Europe’s sustainability jalopy. Europe is about to ask you about your plans to go from 4.1% organic farming to 25%. If you combine this with a substantial reduction in livestock, you simultaneously solve the nitrogen crisis, make the Netherlands healthier and save the government substantial amounts of money, as calculated in a research report by Ecorys (‘Betaalbaar Beter Boeren’, 2020) in January 2020.

The organic sector provides greater ecological and social value and causes less external costs, so please give something in return for this. Use bonus-malus schemes to ensure that the organic sector is no longer penalised in the profit and loss account because it takes on more environmental costs. The higher price for organic products sometimes prevents people from buying them. You might consider decreasing btw (Dutch VAT) for organic products, thus creating a more level playing field.

Recent WUR research has demonstrated that in Europe, the distance between social expectations and the reality of agriculture is greatest in the Netherlands, while consumers have been indicating their preferred direction for years. The organic label and Beter Leven label are growing continuously, yet the government remains the lapdog of the feed, fertiliser and pesticides lobby.

Mrs. Schouten, you still have just under a year to make sure that in 2030 we can look back on the COVID-19 crisis as the starting point of a circular, sustainable, robust, integral, healthy, multifunctional, climate-friendly, animal-friendly, landscape-conserving, in short: organic agriculture.

Volkert Englishman is the CEO of Eosta.
Jeroen Smit is a journalist and author (De prooi, Het grote gevecht).

Carola Schouten (Minister of Agriculture), don’t be so frightened of organic farming