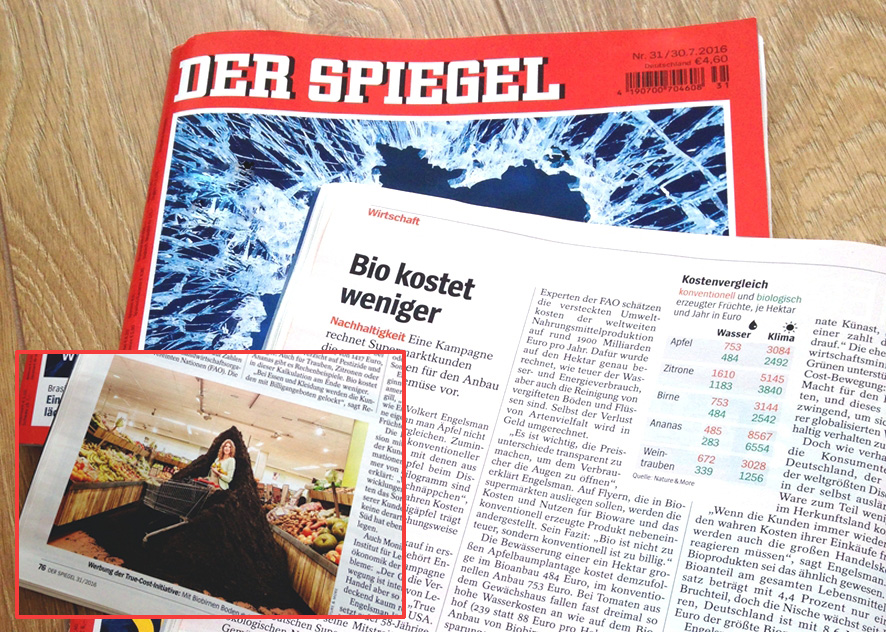 Nature & More's True Cost of Food campaign is receiving more and more media attention all over Europe. Der Spiegel, Europe's largest weekly paper, covered the campaign in its latest edition of 30 July. Spiegel quotes Eosta CEO Engelsman as saying: "Apples at the discounter for 99 eurocents are no bargain. Because the true costs of growing these apples are paid by society which, in the end, comes down to the taxpayer."
Earlier this summer, Germany's weekly paper Stern reported extensively on the campaign. In the Netherlands the daily NRC, considered to be the leading quality newspaper, published an opinion article about the campaign, co-written by Peter Blom of Triodos Bank and Volkert Engelsman.