Don’t let the pesticide, fertiliser and feed concentrates lobby use the war as an excuse 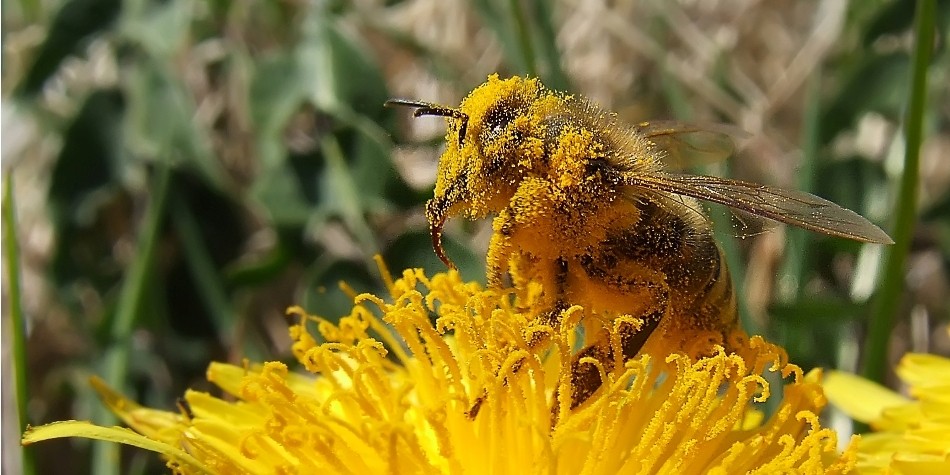 The war in the Ukraine cannot be used as an argument to support resumption of the degradation of the climate, biodiversity and health with the same old-fashioned vigour, which is what the European pesticide, fertiliser and feed concentrate lobby is trying to do right now. If you want to cultivate more grain in the short term, do something with the millions of hectares currently used for livestock feed and bio-fuels. We can produce more food and improve sustainability at the same time. But don’t touch the Green Deal, says Volkert Engelsman, CEO of Eosta. We can no longer compromise with the critical conditions for human existence.

The war in the Ukraine causes shortages of grain, sunflower oil, livestock feed and fertiliser in the global market. Copa-Cogeca and CropLife Europe, the European lobbying organisations of the pesticide, fertiliser and livestock feed industry, are attempting to misuse this fact to bombard the Farm to Fork strategy and reverse progress towards sustainable agriculture by several decades. Corporate Europe Observatory published this rapport about it on 17 March. The lobby is scared for the new Sustainable Use of Pesticides Directive the European Commission was going to present on 23 March. This aims to reduce pesticide use by 50% in 2030. Dutch leading bank Rabobank is showing its true colours and participating, sadly (link in Dutch).

The current crisis is highlighting how badly increased sustainability is needed. The conflict in the Ukraine shows that food shortages are not a consequence of insufficient intensive production, but of war and erroneous policies. A great many countries have started hoarding, which reinforces the crisis. The Netherlands has made itself dependent on the Ukraine for livestock feed (maize) and artificial fertiliser. It is precisely sustainable and organic agriculture that liberates us from these two issues. Fertiliser is made from natural gas and makes us doubly dependent on fossil fuels, which is exactly what we do not want.

North Africa and the Middle East will be hit hardest by the scarcity of cheap, subsidised imported grain from the Ukraine. The dependence of a great many African countries was caused by decades of neo-liberal policy that discouraged poor countries from developing sustainable domestic agriculture, but helped them to import cheaply in bulk. Even Louise Fresco, the chairwoman of Wageningen University, who used to be a supervisory director at Rabobank, stated in an interview on Radio 1 that we must consider the long term and use this moment to set up sustainable agriculture (link in Dutch).

What the world needs is crisis-resistant agriculture, not the hyper-specialised monocultures that are over-sensitive to international disruptions and only produce profits for futures traders. The climate crisis and the biodiversity crisis won’t wait for the war in the Ukraine. And neither will the epidemic of Parkinson’s Disease amongst farmers (a consequence of pesticide use). Sustainable agriculture deals with these problems and, furthermore, creates shorter cycles, greater resistance to disruption and more food sovereignty.

If it is smart to produce more grain in Europe or other places in the world, we must certainly do it. But there is absolutely no reason to not do it sustainably or organically. Producing more food does not require further degradation of the planet. If you want to cultivate more grain in Europe you can abolish the subsidies on bio-fuel, as pointed out by the NGO Birdlife. The fact is that millions of hectares in Europe are currently being used to feed cars. Another node of control is livestock feed production. Releasing a portion of it will produce a significant quantity of food for people. But the climate and biodiversity are critical conditions for existence that we can no longer compromise.

Don’t let the pesticide, fertiliser and feed concentrates lobby use the war as an excuse