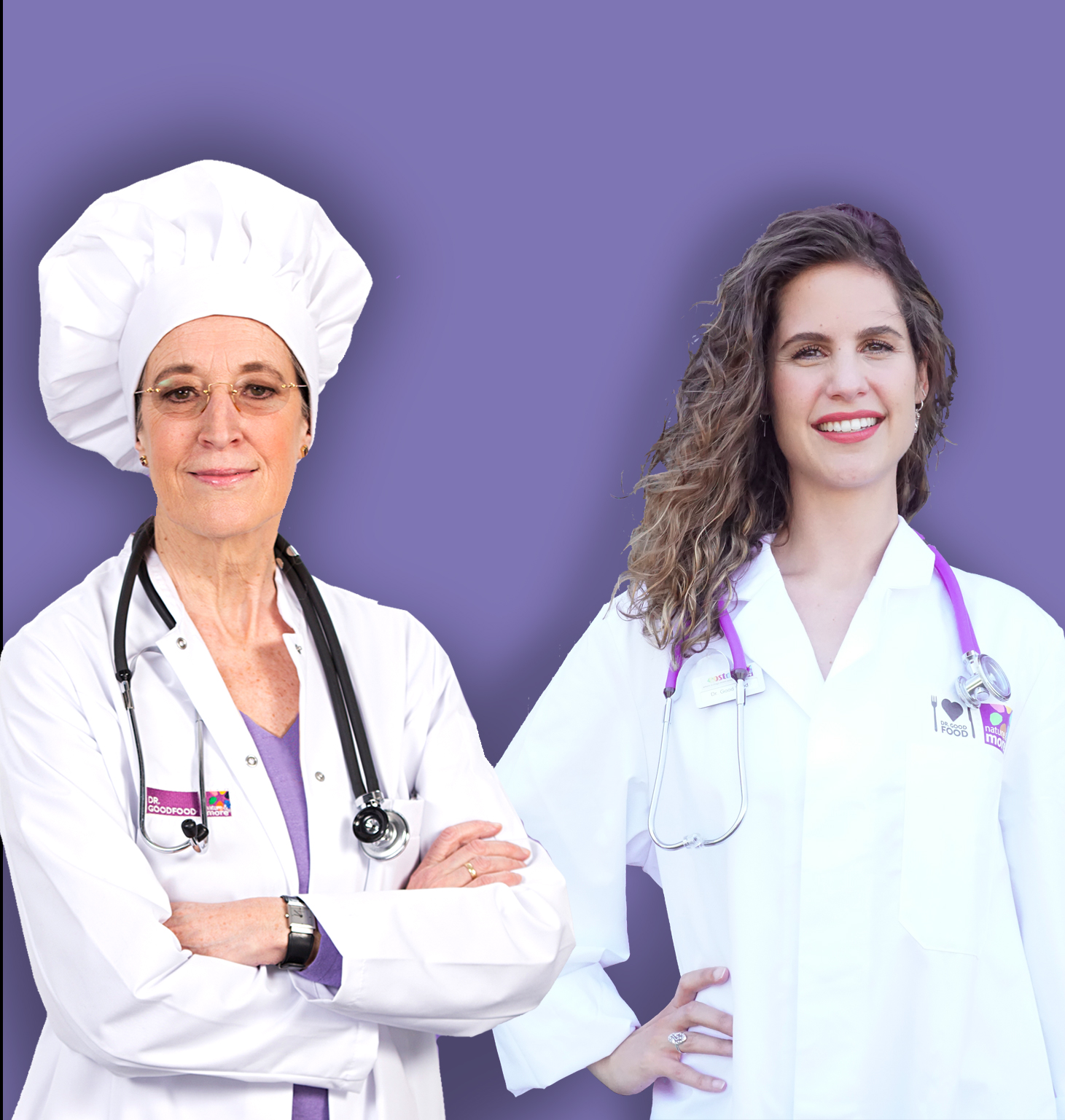 Soup as a remedy for a cold, a smoothie to reinforce the immune system or a salad to support the liver – last weekend, 22 September 2018, the recipes by Dr. Goodfood were released to Dutch consumers. During the kick-off, dieticians provided recipes and information to shoppers in organic supermarkets to improve their health by eating fresh fruit and vegetables – the objective of the Dr. Goodfood campaign. The campaign is scheduled to be launched in Germany and other European countries later this season.

Dr. Goodfood will help consumers in The Netherlands, Germany, Sweden and other European countries to improve their health through their diet by distributing flyers and recipes, and using social media and dietary advice in both supermarkets and organic food shops. The face behind Dr. Goodfood is Anna Kruyswijk - van der Heijden, who for thirty years provided patients of her doctor’s practice with dietary advice, and today shares her knowledge through education and books. The campaign puts dieticians in the spotlight as heroes of proactive health.

The Dr. Goodfood campaign was set up by Nature & More in conjunction with Anna Kruyswijk, dieticians, food retailers and various associations that focus on healthy eating.

Applied recipes with fruit and vegetables
Dr. Goodfood specifically focuses on fruit and vegetables because only 2% of the Dutch population consumes sufficient fruit and vegetables while they provide major health advantages. German people do better: 15% of the women and 7% of men take the recommended amount of 400 grams a day. On average, the European percentage is 14.1. Scandinavia, The Netherlands and England [GR1] do far worse in this respect than Southern European and Eastern European countries. (See here and here and here). In addition to fibres, vitamins and minerals, fruit and vegetables contain phytonutrients, such as sulphoraphanes, polyphenols, flavonoids and curcuminoids; organic compounds produced by plants only. Their effect on the human immune system and disease suppressive power became known only about fifteen years ago.

To help consumers, physician Anna Kruyswijk developed ten new recipes for the campaign, focused on concrete objectives such as improving resistance, detoxing or the combating of ailments, and which are supported by published studies.

Eosta, a European distributor of organic fruit and vegetables and known from the Nature & More consumer brand, took the initiative to create and develop the Dr. Goodfood campaign. Managing Director Volkert Engelsman explained the reasons: ‘Today, millions of people are taking medicines, while they would benefit more from a prescribed lifestyle. More and more physicians are daring to say this now, but Anna Kruyswijk expressed it forty years ago. Fruit and vegetables play a principal role in this. It is our own responsibility, as well as that of other organisations involved in food, to provide consumers with the knowledge they can use to make conscious and healthy choices.’

If you would like to know more about Anna Kruyswijk’s views and opinions, background and sources of information used to develop the campaign, see www.drgoodfood.org for an in-depth interview with Anna Kruyswijk and an index of sources. Kruyswijk uses the interview to explain how the recipes came about and her distinct preference for organic food.

Dr. Goodfood is an initiative by Eosta and the Dr. Goodfood coalition. Eosta – with Nature & More as a consumer brand – was established in 1990 and in 28 years has developed into a leading distributor of organic fruit and vegetables with suppliers in six continents and markets throughout Europe, the US and Hong Kong. In 2017, its founder Volkert Engelsman was elected No. 1. in the Dutch Sustainable Top100 and on 4 September delivered the traditional sustainable speech from the throne in the Dutch parliament.