Dutch State Secretary praises Eosta and Save Our Soils 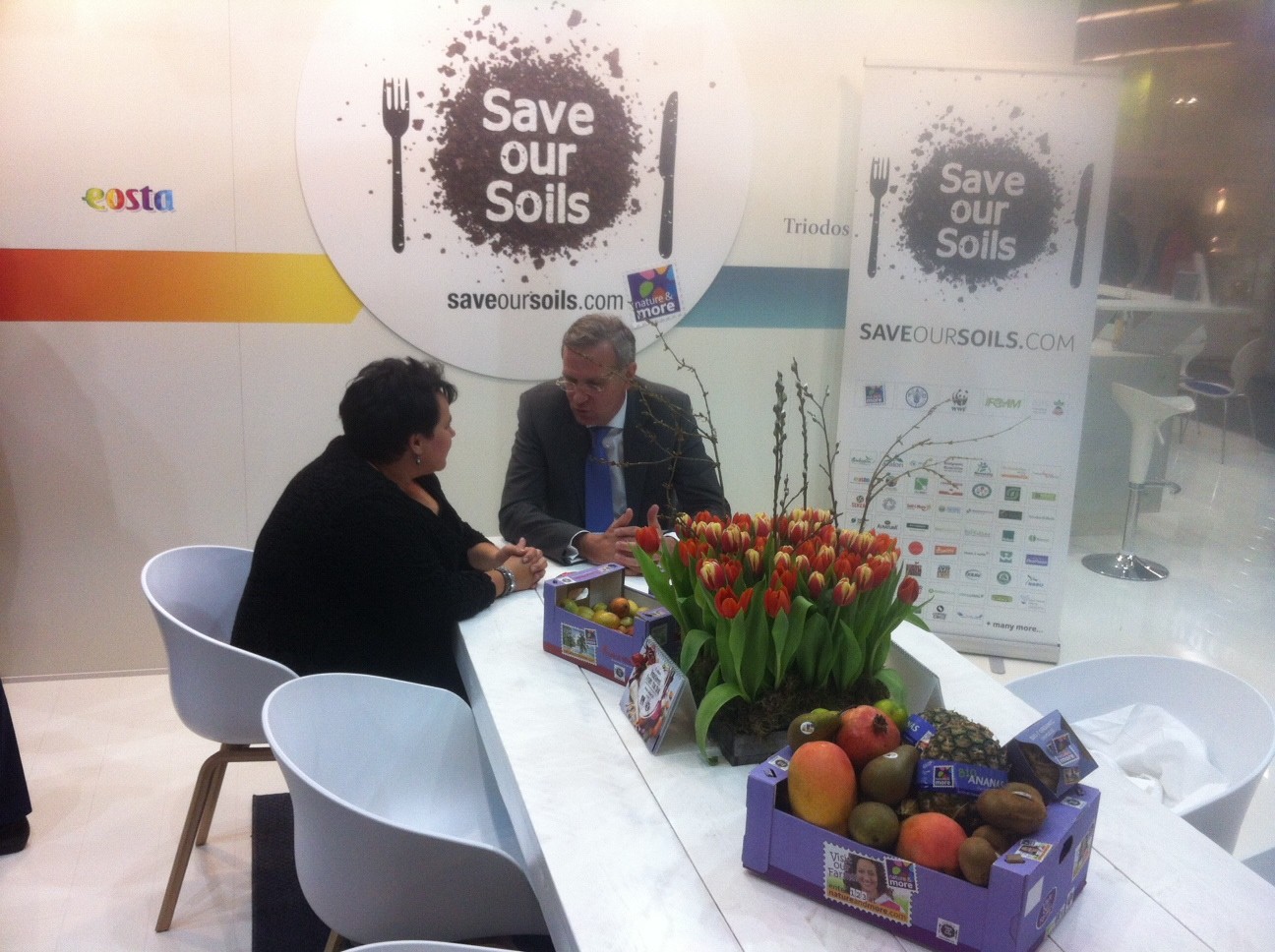 Dutch State Secretary Sharon Dijksma has expressed her appreciation for Eosta's transparency system Nature & More and for the Save Our Soils campaign which was initiated by Eosta. She did so in live speeches at BioFach, Nürnberg and in a letter to the Dutch parliament.

Sharon Dijksma gave a speech at BioFach, the biggest organic trade fair in the world, stating: "Eosta shows consumers where tropical fruits come from. What's the story behind the mango's of Zongo Adama from Burkina Faso, or the mandarins from Adolfo in Peru? (...) A growing and innovative organic market cannot do without import and export."

In a letter to the Dutch Parliament of January 20th, 2015, Dijksma explained to the parliament what the International Year of Soils is about. She states that the loss of soils is a major international threat to food security. Furthermore she mentions Save our Soils and the international conference that will be held from June 26-29 this year, together with Earth Charter: Celebrating Soil! Celebrating Life!

The main message of Save Our Soils is that consumers can help to save soils, by choosing organic agriculture. On a personal note, Dijksma commented at BioFach: "We eat organic at home too, especially now that we have kids growing up.”

The international campaign Save Our Soils, initiated by Nature & More, is supported by the FAO and counts more than 120 partners. In 2015 Eosta celebrates its 25th anniversary.

Dutch State Secretary praises Eosta and Save Our Soils