Dutch supermarkets criticised for a lack of transparency on sustainability 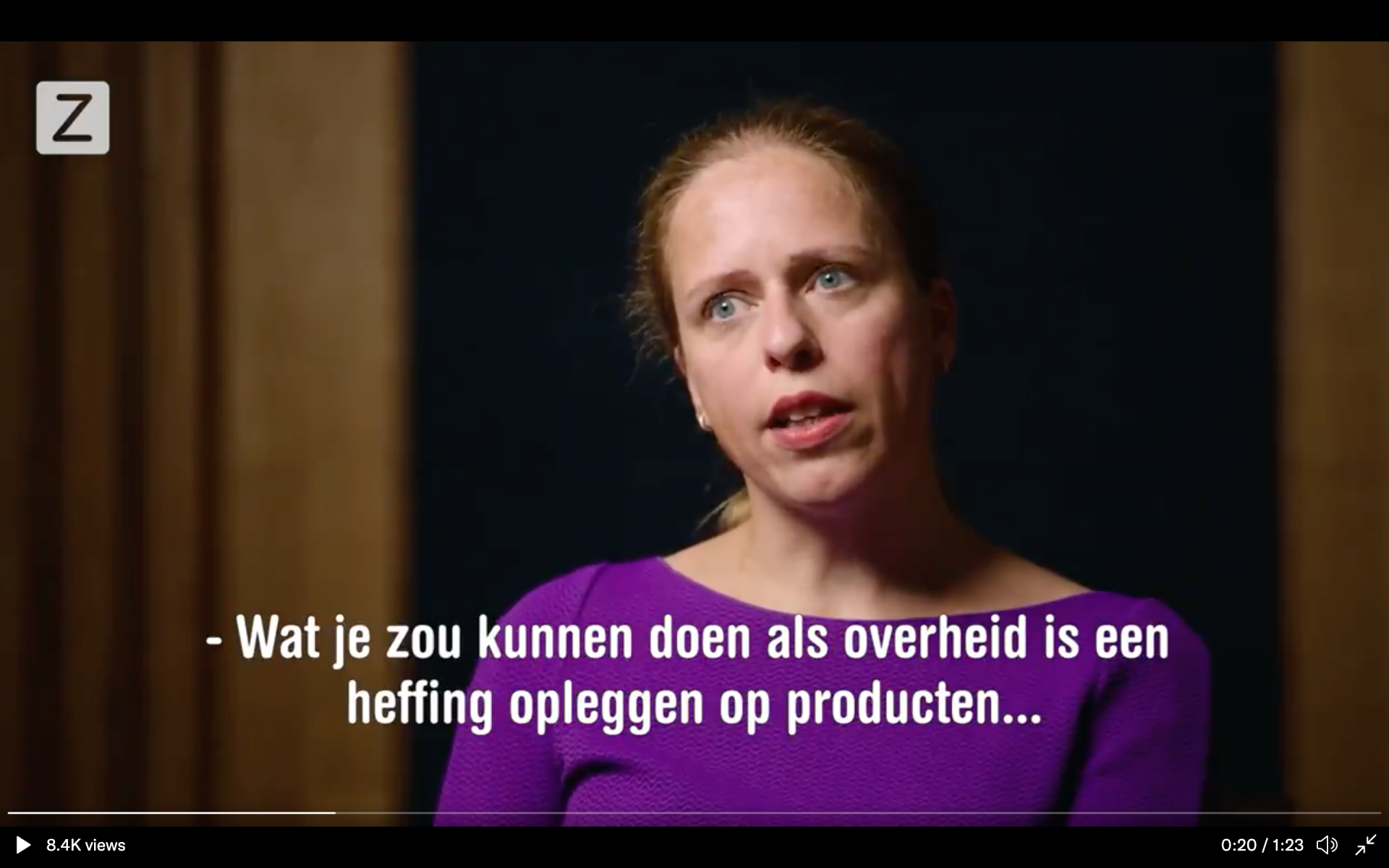 (photo: Minister Carola Schouten suggests a tax on products that are not sustainable)

On 30 September, an investigative report on the role of the power of supermarkets in increasing the sustainability of the food system ("Zembla: supermarktmacht") was broadcast on Dutch television. The programme prompted a host of reactions on social media. Various individuals, including the Dutch Minister of Agriculture Carola Schouten and Eosta CEO Volkert Engelsman, contributed to the programme. Minister Schouten expressed disappointment about the efforts made by supermarkets and was clearly a proponent of a tax on ‘less sustainable products’ in supermarkets. She wants to use the yield from this type of tax to support farmers who wish to operate more sustainably. Volkert Engelsman spoke vehemently about the need for transparency towards consumers on the impact of food and the unwillingness of supermarkets to provide it.

Making sustainable products cheaper
The tax proposed by Minister Schouten should make sustainable products in supermarkets (such as organic fruit and vegetables) cheaper and the less sustainable products more expensive. The production of our food, meat in particular, causes significant damage to the ecology and climate. It is also detrimental to health and social cohesion because of various ongoing developments, including the growing prosperity gap. These are concealed costs that are not reflected in the retail price. Making these costs visible with our True Cost Accounting approach is something that Eosta has advocated for many years. Last year, the first European outlets (including in Amsterdam and Berlin) started experimenting with True Pricing.

Supermarkets continue to promote cheap meat
The report in the Zembla programme, titled "Supermarktmacht" (supermarket power), revealed how supermarkets continue to tempt customers with cheap meat and shift the responsibility for a sustainable choice to consumers. Simultaneously, supermarkets make this sustainable choice impossible because they actively obstruct transparency on sustainability. The organic produce trading company Eosta wants to offer transparency on the origin and sustainability of organic fruit and vegetables and the work of organic growers. However, supermarkets do not permit this, as confirmed by Albert Heijn during the programme.

Let’s start informing consumers
Volkert Engelsman spoke passionately in favour of more transparency. His comments included the following: “Let’s start informing consumers about the effect of their purchasing behaviour on people, society and the environment. Otherwise you are misusing their ignorance. Because consumers are also citizens who are extremely concerned about their health and the health of the planet but have no idea about the effect of their purchasing behaviour in supermarkets. There is an urgent need for honest information that enables consumers to make informed purchasing decisions. Failure to do this is taking people for a ride.” 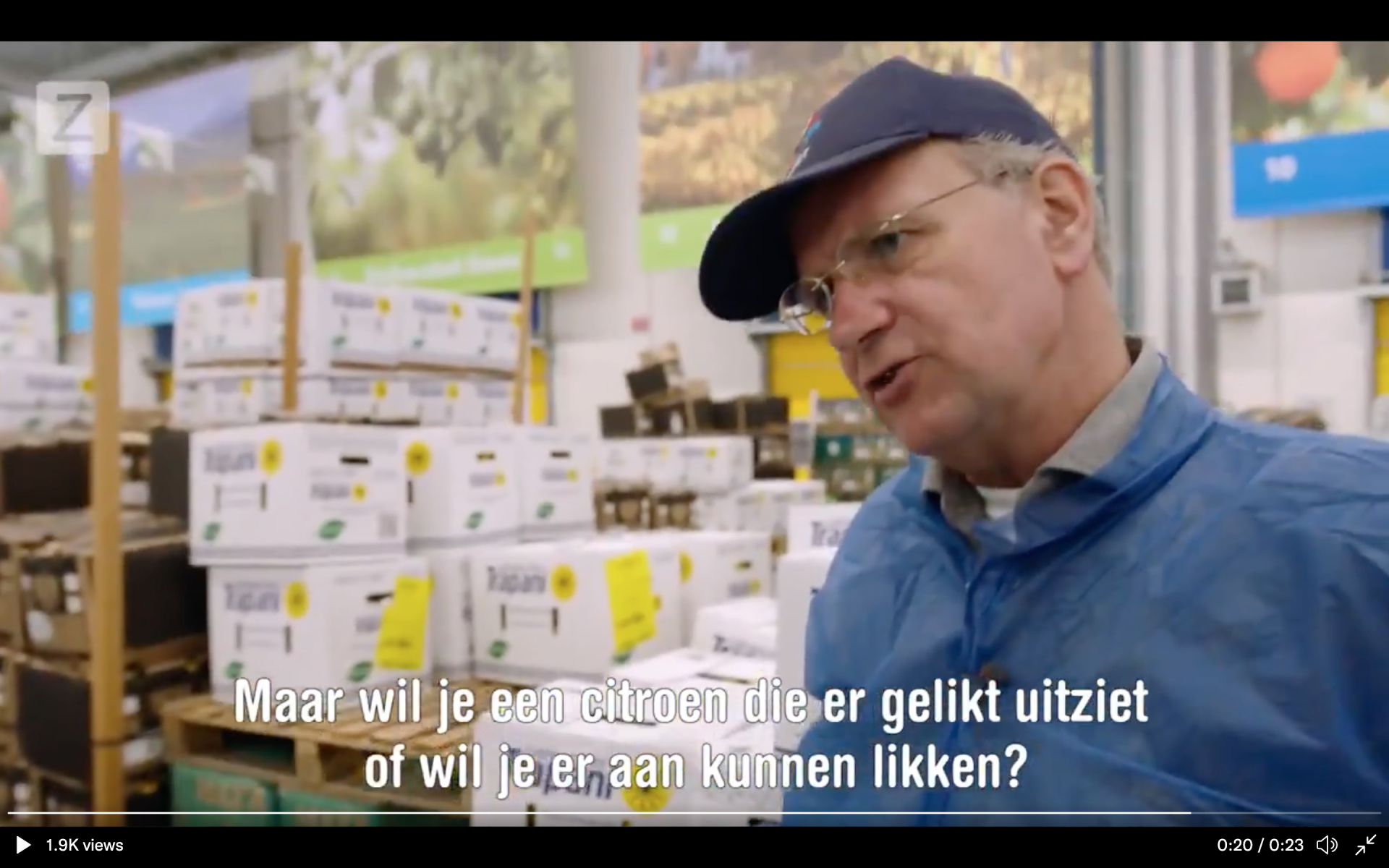 Planet on fire
The investigative journalist at Zembla was shocked by Volkert Engelsman’s ferocity when he asked “Why can the information on concealed costs not be made available on supermarket shelves? What is so frightening about that? What is frightening about transparency?”
Investigative journalist Ton van der Ham: “You are getting a bit angry now.”
Volkert Engelsman: "Yes, hello, the goddamned planet is on fire."

Shifting responsibility
During the programme, the well-known professor of sociology Willem Schinkel emphasised that supermarkets cannot shift the responsibility of choice to consumers, as they do now. "Supermarket concerns are enormous international companies with turnovers in the billions that are currently claiming – we are completely powerless because you, the consumer, have that power. Well, of course nobody is buying that. It is very easy for the industry to blame consumers."

Missed the program? You can still see it here (only in Dutch).

More information about Eosta’s True Cost approach? Download this article by the World Business Council for Sustainable Development (WBCSD) and the Capitals Coalition:

Dutch supermarkets criticised for a lack of transparency on sustainability