Eosta-CEO says: 'No VAT on organic’ 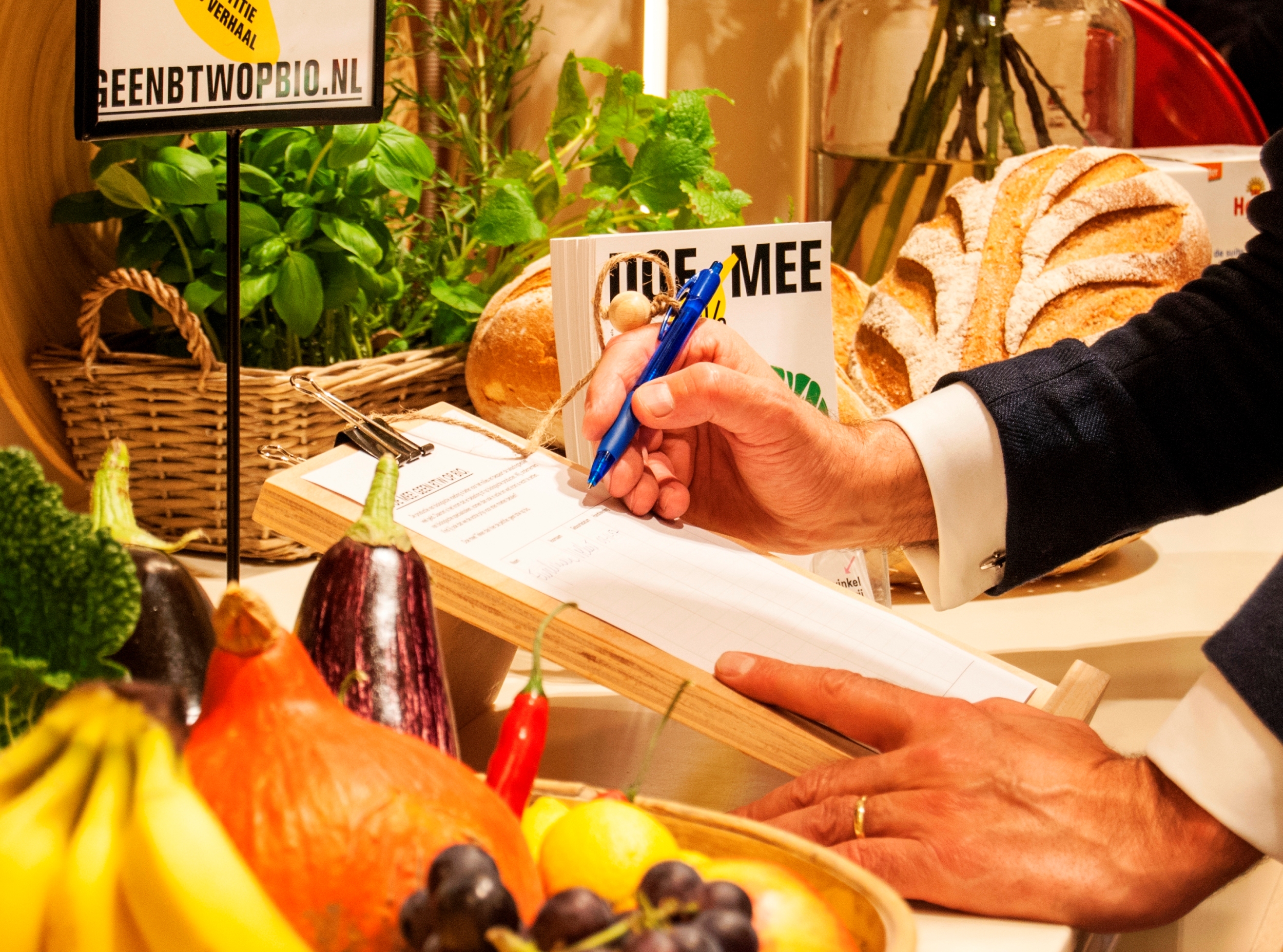 Organic products should not be charged with VAT, according to a new petition from the organic sector. On Friday 3rd of November, Volkert Engelsman, Director of Eosta, and recently elected No. 1 in the Trouw Sustainable Top 100 ranking, was the first to put his signature on the 'No VAT on Organic’ petition. The initiators aim for a ‘0% VAT on organic food’ regulation in the upcoming first 100 days of the current new Dutch Government. On November 10, 11 and 12, people can go VAT-free grocery shopping at the participating organic specialty stores throughout the Netherlands. If you want to support the cause and live in the Netherlands, you can sign here: WWW.GEENBTWOPBIO.NL.

"Organic food saves society a lot of money," said Engelsman. "The social cost of using agricultural poison in industrial agriculture is enormous. An American survey has shown that women who eat a lot of vegetables and fruits with pesticides are less fertile. The costs for purifying water from poison has increased significantly over the years. In Germany, three-quarters of all insects have disappeared in the past 27 years. This means a collapse of the ecosystem. "

Organic agriculture shows that it is possible to grow food without the use of glyphosate and neonicotinoids
Fortunately, there is also good news, said Engelsman: "For decades, organic farmers have shown that you can produce food without glyphosate, neonicotinoids and other disastrous chemicals. Our True Cost of Food campaign shows that there is a 19 cent societal gain for every kilo of organic apples compared to conventional apples. And that's just the tip of the iceberg. Hence, it is only common sense to make organic products free of VAT. "

Government task to protect common resources
The "No VAT on Organic" campaign is run by the organic specialty stores such as Ekoplaza, Natuurwinkel, Odin and Gimsel. With the petition, they want to show the Dutch House of Representatives that organic food is currently wrongly charged. It is the duty of the government to protect and maintain our water resources, climate, biodiversity, soil and health for both current and future generations. Environmentally friendly organic farming is an effective solution.

True Cost Accounting in Food, Farming and Finance
Over the past years, Volkert Engelsman and the Eosta team has worked hard to reveal the true cost of food. The research report “True Food Accounting for Food, Farming and Finance”, which was developed in collaboration with the FAO, Soil & More International, EY and various other parties, shows that the social and environmental costs of organic food are much lower than those of conventional foods. "Organic food is not too expensive, but conventional food is too cheap," says Engelsman.

If you want to support the cause, you can sign here: WWW.GEENBTWOPBIO.NL.

Eosta-CEO says: 'No VAT on organic’