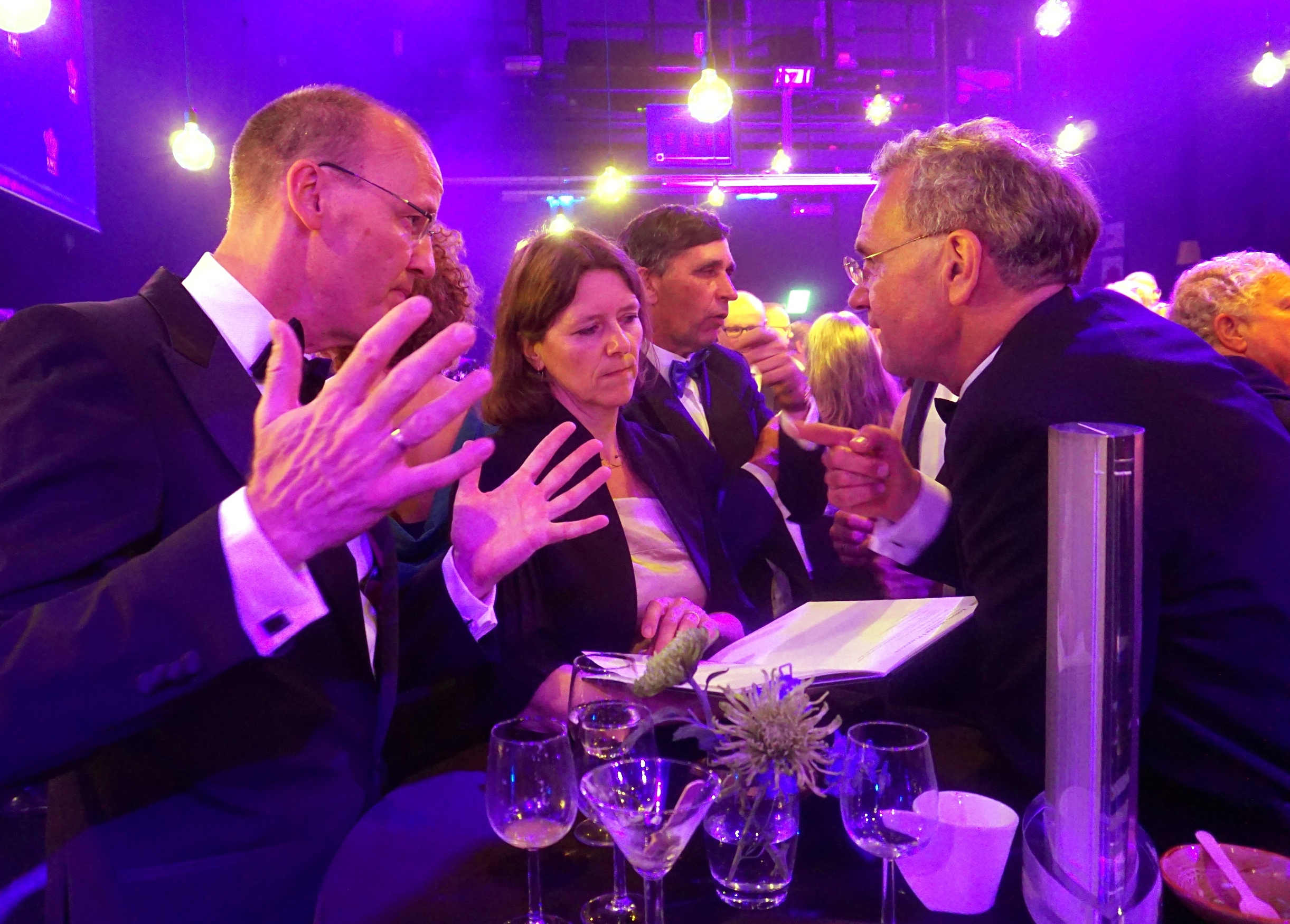 On 28 May 2018, organic produce specialist Eosta was awarded the King William I Prize for Sustainable Entrepreneurship from a group of twelve companies nominated. Eosta, based in the Netherlands, is better known among European consumers by its consumer brand Nature & More. Queen Máxima of the Netherlands is honorary chair of the foundation. Eosta’s efforts in the area of True Cost Accounting were decisive in its election as the winner, said Klaas Knot, president of the Dutch Central Bank and chairman of the prize committee.

Applause for a new definition of profit and loss

‘Successful entrepreneurship is not just about finances but also about how successful you are in terms of impact on social and natural capital’, said Klaas Knot. He clarified: ‘Our society is heading towards a new understanding of profit and loss that takes into account people and planet. A systems change is a huge step and Eosta together with its partners are taking a leading role.’
True Cost Accounting is a new type of financial reporting that includes ecological and social impacts in the profit and loss accounts of companies. Eosta has been pioneering the relatively unknown concept since the end of 2016, to retail managers, into the supply chain, and to policymakers in Europe and beyond.
Apart from the True Cost of Food campaign, the jury mentioned several other achievements of Eosta, specifically the Nature & More transparency system, the Save Our Soils campaign, and Natural Branding laser tattoos which are eliminating millions of unnecessary plastic packaging units. The jury report spoke warmly of the ‘multitude of initiatives and innovations’ and ‘the positive impact Eosta has on the supply chain, people, environment, and society’.
‘It’s all about profit’

Volkert Engelsman, CEO of Eosta, gave the assembly a bit of a fright in his acceptance speech. ‘We’re always discussing People, Planet, and Profit, but we are getting tired of that. As far as we are concerned, it’s just about profit.’ After a few seconds of tense silence in the room, Engelsman continued: ‘That is, profit with proper accounting that includes the monetary impact on climate, people, and the environment.’ The applause that followed made clear that the audience is ready for a new definition of profit.

Major changes in the financial sector
‘The public response we’re getting to our True Cost of Food campaign continues to surprise us’, said Engelsman after the award ceremony. ‘It can only be explained by a fundamental change in the market in the perception of risk and return on investment. The world’s biggest players including BlackRock and Standard & Poor’s are starting to realise that negative impacts on climate, environment, and people are an investment risk – and positive impacts can be a benefit.’

Head of the Central Bank on board
Klaas Knot, president of the Dutch Central Bank, congratulated Engelsman personally after the ceremony. In the ensuing conversation he turned out to be a strong supporter of the idea of True Cost Accounting. It seems that resistance among a small but powerful group of companies is still strong, and politicians are susceptible to their arguments. Knot has been a champion for greening the financial sector for some time. As a member of the Financial Stability Board, the highest supervisor of the international financial markets, he was one of the initiators of the Task Force on Climate-Related Financial Disclosures which aims to increase transparency on climate risks in financial markets.

An appeal to banks
The Dutch Central Bank is also a leading member of the Network for Greening the Financial System, a platform of central banks. Climate stress tests are the main focus. Volkert Engelsman hopes that the involvement of the Dutch Central Bank will help to advance the Netherlands in the sustainability ranks. ‘A breakthrough is much needed considering that the Netherlands is dangling at the very bottom of the European list in the Climate Change Performance Index.’
Engelsman is waiting for the next step by the Central bank, he says: ‘This should not remain a theoretical exercise. I hope the Dutch Central Bank will have the courage to guide private banks onto this road. If you apply climate stress tests, it’s only logical to also apply soil stress tests, water stress tests and health stress tests. When banks and investors take these impacts into account in their risk analyses that determine access to capital, we are on the right track.’

Acknowledgements
Eosta wishes to thank all its coalition partners who helped to make it possible: growers, clients and consumers, Soil & More Impacts, EY, Triodos bank, FAO, TEEBagrifood, IFOAM, and all others.

About Eosta / Nature & More
Eosta is the leading European importer and distributor of organic fruits and vegetables under its flagship brand Nature & More. They have initiated numerous sustainability campaigns and innovations in recent years. In 2017, CEO Volkert Engelsman was awarded top place in the annual Dutch Sustainability Top 100 list. Eosta has also received international press coverage for its Natural Branding technique, which involves marking organic fruits and vegetables with laser technology. See: www.natureandmore.com.