Fancy a peace date? - "1 cent for the future" for Syria 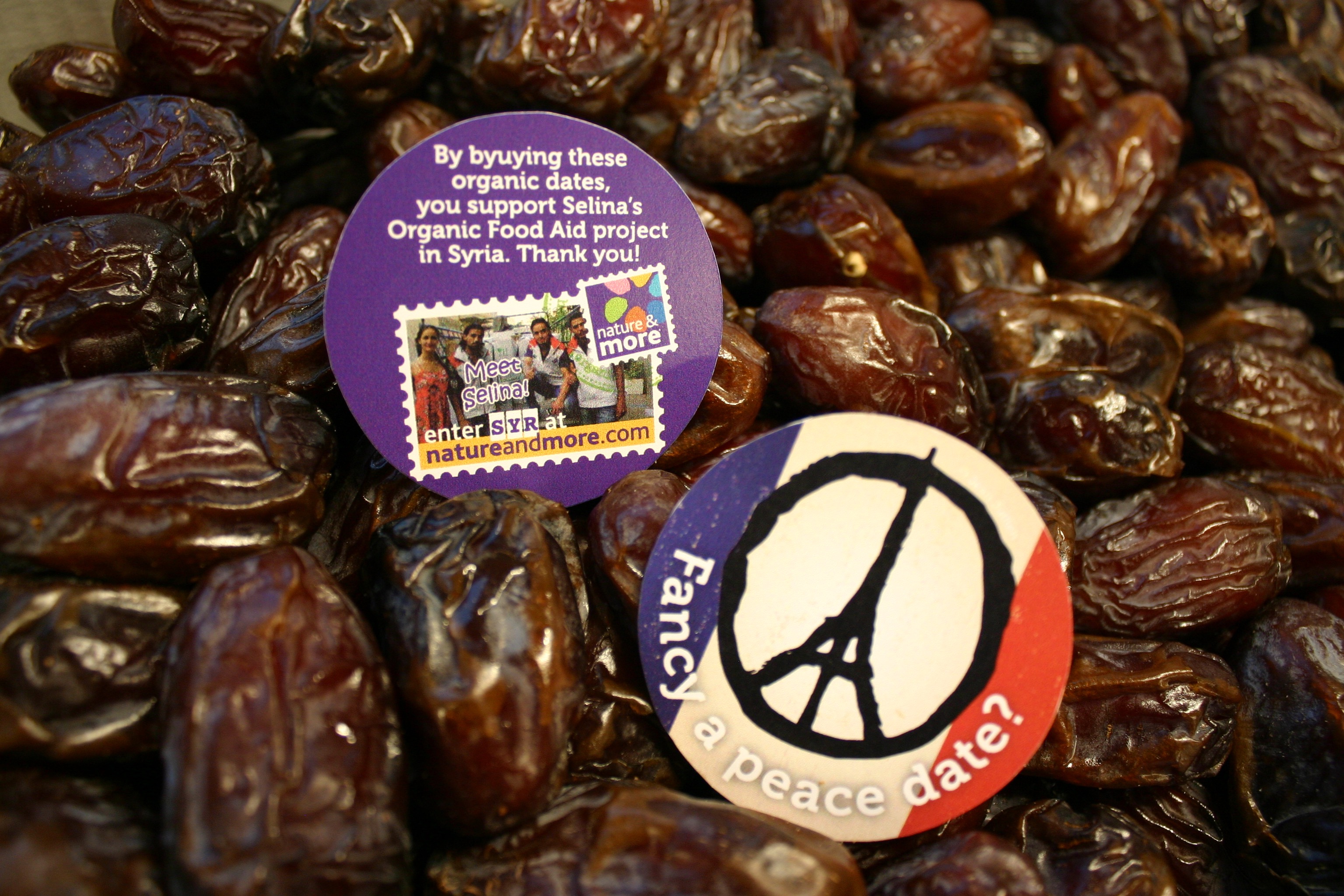 For centuries the date has been a symbol of hospitality in the Middle East. Nature & More now turns it into a messenger of peace. In the framework of the "1 Cent for the Future" campaign and with the motto "Fancy a peace date?", a percentage of the date sales revenue will be donated to the Food Box project of Selina Hami (24), who is helping families in Syria.

"We wanted to do something concrete for the Syrian people who have been suffering under a terrible civil war", says Volkert Engelsman, CEO of Nature & More. "After the attacks in Paris we want to give a token of solidarity, because we feel that not just society, but the economy itself should be based on the ideals of liberty, equality and fraternity. Dates are great, because they connect the East and the West. In the Arab world, dates are the carrier of hospitality and food speaks a universal language."

Food as a form of connection, that's what matters most to Selina Hami, a young woman from Stockholm with Syrian roots. For her "Food Box" project, she courageously went back to the war zone in Syria last month, to supply people with food. With limited means she distributed 17 kg food boxes among 123 families. With the estimated proceeds of „1 Cent for the Future“ Selina hopes to support at least another 250 families.

Nature & More's Peace Dates will be available soon, accompanied by a small flyer that explains the campaign. With the abbreviation SYR consumers can find more background information on www.natureandmore.com.

Nature & More is the "trace & tell" trademark of Eosta, a leading international distributor of fresh organic fruits and vegetables. Nature & More received numerous international awards for its transparency system that allows consumers to get to know the growers behind the products. More information can be found at www.natureandmore.com and www.eosta.com.

Fancy a peace date? - "1 cent for the future" for Syria