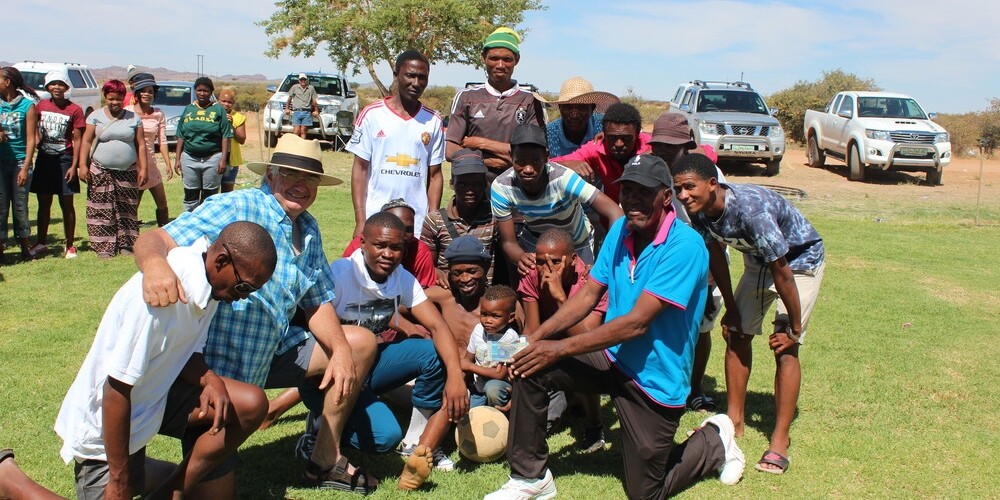 Eosta is proud to announce that our partnership with citrus grower Groenheuwel in South Africa (code 229 on www.natureandmore.com) has reached the finals of the Eco-Logic Climate Change Award! This was announced by the organisation Enviropaedia in South Africa on Wednesday.

André and Madaléne Spangenberg have been producing organic oranges, grapefruits, mandarins and lemons for Eosta / Nature & More on their farm Groenheuwel since 2001. They were nominated for the Climate Change Award because the organic cultivation method produces less CO2 and sequesters more carbon in the soil. In 2020, André has installed no fewer than 2,775 solar panels on his land, producing 2,393 MWh of energy per year! His large warehouse now runs largely on solar energy.

Soil & More Impacts in Hamburg has calculated that the production of organic citrus fruit for Eosta in 2020 has saved around 280,000 kg of CO2, compared to conventional cultivation. The savings in electricity consumption - thanks to the solar panels - amount to 2.3 million kg CO2 per year. Together this amounts to 2.6 million kg CO2 emissions saved per year!

Winners will be anounced during COP26

The winners of the Eco-Logic Awards will be announced at the COP26 climate conference in early November. There are finalists in several categories such as nature conservation and waste reduction. Eosta congratulates all other finalists. We will keep you informed. Follow the Eco-Logic awards on Facebook: https://www.facebook.com/Enviropaedia.