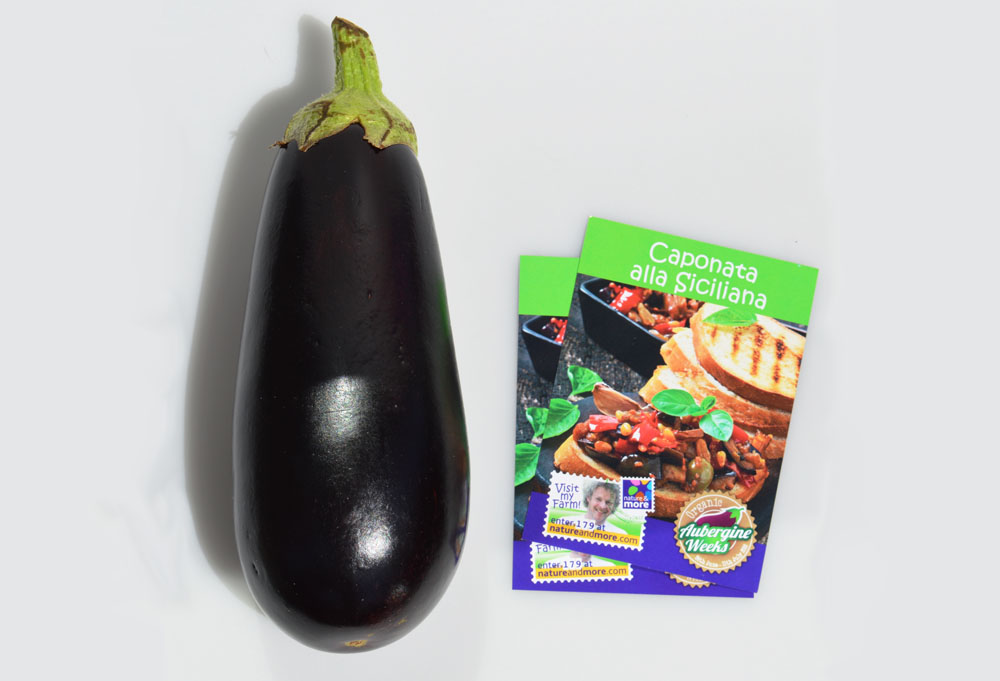 Although cucumbers, tomatoes and peppers are the major greenhouse crops, in organic agriculture the aubergine (or egg plant) is probably the most important of them all for organic growers. In order to keep the soil healthy, organic growers like Frank de Koning alternate tomato with aubergine cultivation. To put the awesome aubergine in the limelight, Nature & More is now introducing the International Organic Aubergine Weeks!

Aubergines have been cultivated for thousands of years. Originally this berry (yes, aubergine is a berry) comes from Asia. In ancient China a woman who was going to get married had to know at least 11 different aubergine recipes. These day, with a little help from the internet, you can easily find many more: ratatouille, moussaka, melanzane parmigiana, baba ghanoush... French, Greek, Italian or Indian, Aubergine is a big favourite hit all over the world.

Organic grower Frank de Koning, who grows all kinds of special tomato and pepper varieties in the southwest of The Netherlands, is a huge aubergine fan and not just for it’s culinary delights. Whereas non organic growers can grow tomatoes in a hydroculture environment, organic growers like Frank grow their plants in the soil and as a consequence they enhance the soil fertility by applying compost and rotating their crops.

Frank explains: "If you grow tomatoes in the same spot, microscopic nematodes that eat plant roots will become a pest. Our aubergines however have roots that repel nematodes. So if we alternate tomato with aubergine cultivation, the nematodes will vanish." Frank has chosen to cultivate two varieties: the common purple aubergine and the striped "graffiti" variety.

Aubergines are "smart" plants too, Frank informs us. "The plant is resistant to the destructive Verticillium mould that blocks the vascular bundles of most other plants. The intelligent aubergine forms a natural bypass around the blockage and continues to produce high quality fruit. And last but not least the aubergine plant is a big favourite for friendly insects like the 14-spotted ladybird which helps me keep the population of lice under control! For me, I cannot grow organic tomatoes without these amazing aubergines!"

The International Organic Aubergine Weeks run from June 24 until July 11. Nature & More supplies free posters and recipe flyers with Frank's aubergines. More info about Frank can be found on www.natureandmore.com with code 179. Nature & More is the trace & tell trademark of Eosta, European market leader in organic fruits and vegetables.