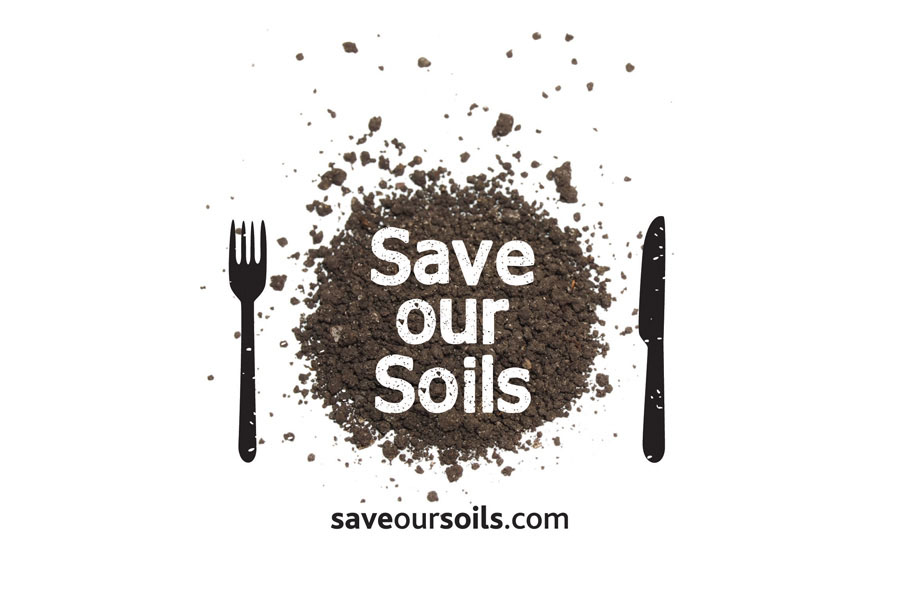 Soil, the resource that is responsible for more than 99% of our food production, is gaining more and more public attention. On World Soil Day, December 5, Dutch entrepreneur Volkert Engelsman gave a keynote speech at FAO headquarters in Rome as the initiator of the international Save Our Soils campaign. On behalf of 100 campaign partners he pleaded for saving soils. "Together we hope to reach millions of world citizens in 2015."

On December 5 the FAO, the Food and Agriculture Organization of the United Nations organized events in offices on three continents that discussed the topic of soil. Soil loss is a world wide threat to food security, which is why the UN have proclaimed 2015 as the International Year of Soils. FAO Director-General José Graziano da Silva delivered the opening speech at the Rome headquarters, introducing Volkert Engelsman. The Ministers of Agriculture of the major European countries were present at the meeting.

The Save Our Soils campaign aims to make consumers aware of the loss of fertile soils - thirty football fields of fertile soil are lost per minute worldwide. The campaign also focuses on "soilutions" and the fact that organic conservation agriculture builds soils. Governmental organizations, NGO's and companies have joined the campaign, including the Organic Consumer Association, FAO, WWF and IFOAM, the International Federation of Organic Agriculture Movements.

Initiator Volkert Engelsman, CEO of Nature & More: "In 2015 we aim to reach not only scientists, but also millions of citizens about the issue of soils, together with are partners. We want to educate people about soil, in order to empower them to make informed purchasing decisions in their daily grocery shopping. Because every time you spend money, you are casting a vote for the kind of world you want. With our daily choices we can help farmers to save soils."