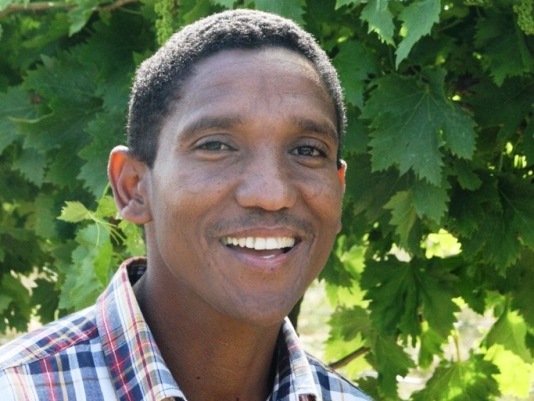 On October 31st, Nature & More grape and blueberry grower Warren Bam won the significant South African "New Harvest Farmer of the Year" award. During a gala evening in Johannesburg, Warren received the prize for his impressive work as farmer and farm manager on the organic Lushof plantation in the West Cape province.

Professor Carlu van der Westhuizen, spokesman for the jury, complimented Warren not only for his impeccable financial oversight but also for the progress that Warren has made over the years: "Today, Warren has proved himself as one of the world’s best organic grape growers. He is living proof that children of coloured land workers can develop themselves and one day can run a large, successful agricultural business. Furthermore he has shown that you can transform bare desert land into productive grapevines."

For many years Nature & More has been working closely with Warren Bam. Product Manager Pieter de Keijzer: "Warren is not only an excellent manager but as a farmer has a great feeling for the essence of organic agriculture, you can literally taste that in his fantastic grapes!” Warren’s outstanding work is receiving more and more recognition: last September Warren was presented with the “New Comer of the Year" award during the nationals South African Fruit Industry Gala.

More information about Warren and his passion for soil, including a short film, can be found at www.natureandmore.com with code 690.