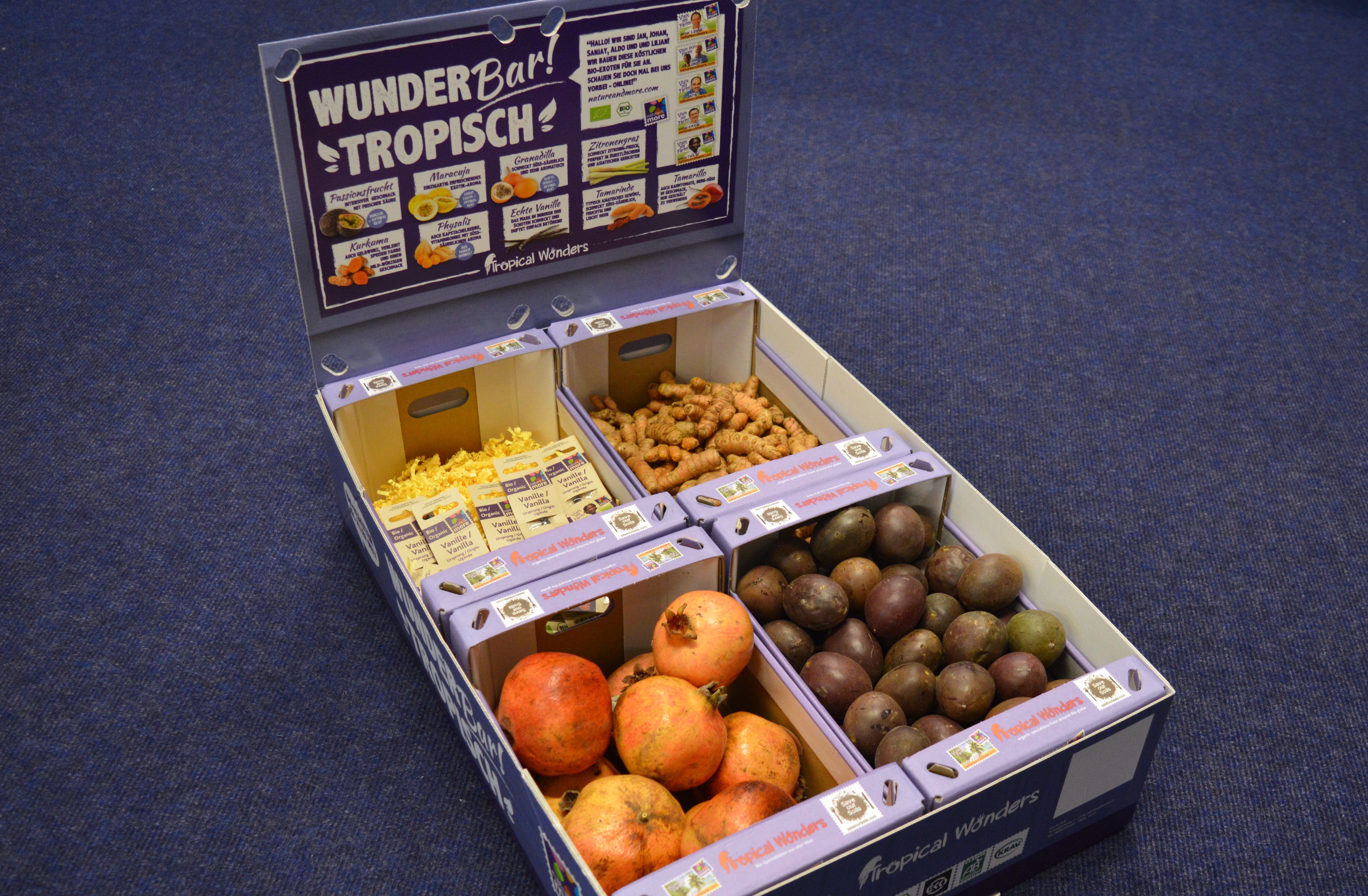 Waddinxveen, Feb 1st, 2016 - At the major international trade fairs Fruit Logistica and Biofach this month, organic specialist Nature & More/Eosta will present its new campaign The True Cost of Food, as well as several other innovations, including a project that supports the development of open-pollinated and heirloom vegetable varieties. We would like to draw your attention to the following three highlights:

The True Cost of Food
Food prices should reflect the true cost of food, including hidden social and environmental costs. That's why Nature & More More has launched the True Cost of Food initiative , adding true cost information for organic products at the point of sale and showing the differences between organic and conventional production. The campaign was launched with Berlin based retail chain Bio Company. The calculations are based on FAO reports. During the trade fairs, Swedish scientists will demonstrate a practical implementation of the True Cost of Food initiative, presenting the newly developed NutriCost scanner.