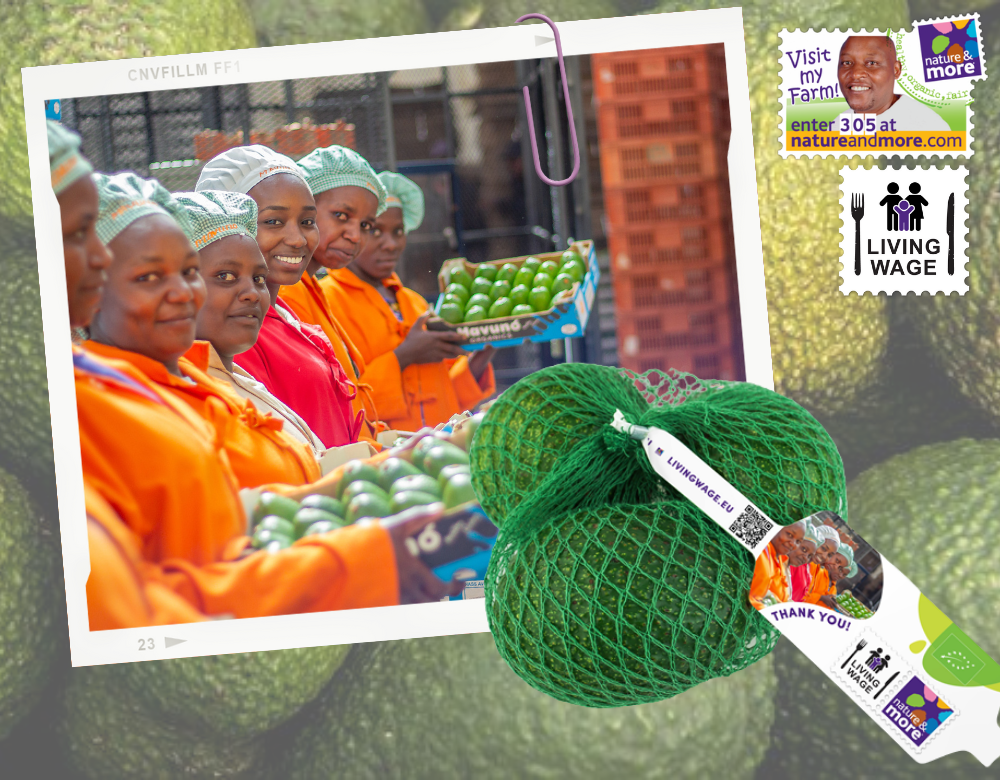 Five major retailers in Belgium have joined forces to commit to a living wage for banana workers throughout their international supply chains. The coalition of retailers aims to close the living wage gap by the end of 2027 for their collective banana volumes sold on the Belgian market. According to the supermarkets involved, working together towards closing the living wage gap on banana plantations and farms significantly increases potential impact for workers on the ground. The commitment to ensure a living wage for banana workers was signed with the support of IDH at the Living Wage Summit today by retailers Colruyt Group, Delhaize, Aldi, Lidl Belgium and Luxemburg and Jumbo. This represents a major step for the Belgian market and adds to the efforts of similar commitments from German and Dutch retailers. Click here to read the news article. Source: IDH, 7th December 2022. Eosta is proud to see this development in Living Wages!

According to the latest ILO (International Labour Organisation) report on global wages, inflation and Covid-19 have a greater impact on low-wage earners. The cost-of-living crisis comes on top of significant wage losses for workers and their families during the COVID-19 crisis, which in many countries had the greatest impact on low-income groups as the report shows. Inflation is also biting into the purchasing power of minimum wages, the report says. Estimates show that despite nominal adjustments taking place, accelerating price inflation is quickly eroding the real value of minimum wages in many countries for which data is available. This has resulted in more people working below the living wage limit worldwide. The number of working poor has therefore been increased.  Click here for the global wage report 2022-2023 report.

As Eosta, we believe Living Wage is an indispensable element in any sustainability strategy. Inequality and Sustainability have a direct relationship. Eosta is a front runner with Living Wages in the market for fresh fruit and vegetables and is the only current provider of fresh organic produce with a Living Wage promise in the European market: Eosta offers Living Wage avocado's and Living Wage mangos and is working on new products.

About Living Wage:  Nearly 1 in 5 workers globally earn too little to lift themselves and their families out of extreme poverty. Living Wage and income can help break  the cycle of poverty, build healthy local economies and encourage equality in societies, while improving business performance and profitability.  The time for living wage and incomes is now.  See also:  www.livingwage.eu.