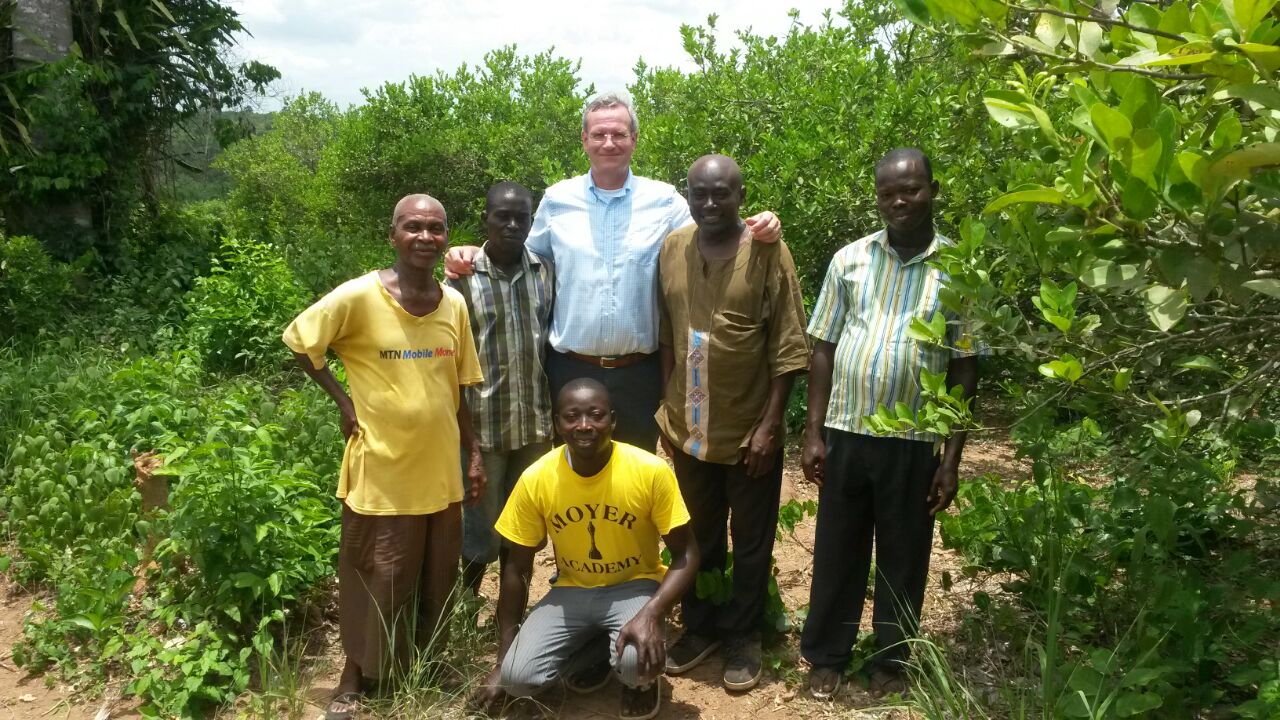 For 30 years, Volkert Engelsman has been importing and distributing organic food worldwide. His experience: Only when abuse is clearly identified do customers take responsibility, because the price war is raging in the organic sector as well. He wrote this opinion piece for German magazine Ökologie & Landbouw.

It is time for a new economic model to come into effect, in which the future effects of production on people and the planet are included in the profit and loss account. Only in this way can the economy become truly sustainable. The European Union's announcement that it intends to increase the proportion of organic farming to 25 percent by 2030 marks the starting point for this.

However, the practice of import and distribution in the organic sector is much more complex than in conventional agriculture. While not all consumers want to eat organically grown mangoes, avocados and pineapples all year round, nonetheless a noticeable 99 percent do. In conventional cultivation, it is possible to manipulate the time of flowering, fruit growth and maturation with all sorts of chemical substances such as Dormex or gibberellic acid. Then you know exactly to the day when the fruit will be ripe for harvesting. In organic farming, however, these processes depend on the tree's natural rhythms, which varies each year, depending on the weather.
That is why it is much more difficult to guarantee the uninterrupted supply of a product like organic mangoes. During the course of the year, mangoes for the organic distribution company Eosta come from Spain, Brazil, Ecuador, Peru, West Africa and the Dominican Republic, in that order. The transport mileage that a food has to cover naturally plays a role in purchasing decisions; that is why mangoes are imported from West Africa and not from India. But sustainability is much more than transport mileage. We believe that all ecological and social aspects of sustainability are important.

The mango supplier Fruiteq in Burkina Faso is a good example. Fruiteq was founded in 2005 as part of a Dutch development project. The supermarket group Ahold was to produce sustainable mangoes in Burkina Faso to help the struggling farmers over there. That lasted exactly half a year, and after the media interest waned, the project came to a standstill. In 2009 we received a request to take over the project. Fruiteq had been making losses for four years, but there was a manager in the operation who deserved a chance. Zongo Adama is an enthusiastic entrepreneur, at that time without money, but full of ideas. Eosta arranged the financing, helped to improve organic cultivation and had a storage depot built. It also brokered a deal with a South African company that dried mangoes. The following year Fruiteq made a profit for the first time. The company now provides income for 200 workers and hundreds of small farmers. Burkina Faso is a poor country, so a business like this means a lot for local prosperity.

The entire sustainable commitment of an individual like Zongo Adama should be seen and rewarded, not just his certificate as an organic farmer. In the "old economy" entrepreneurs quickly end up in an ordinary price war, in which supermarkets and often also the organic shops seem to be trapped. To get out of it, you have to be creative. For example, since this year Eosta has been selling "Living Wage Mangoes" - including the mangoes of Zongo Adama. A "Living Wage" is a wage that enables a decent standard of living, including education, health care and money for unexpected emergencies. Fair wages are a not yet mature development, but are definitely an ongoing issue. In addition to biodiversity loss, global warming and health challenges, the rising prosperity gap in Africa is perhaps the most important challenge when it comes to improving sustainability.

According to current company calculations, it costs about ten cents more per kilo of mangoes to guarantee all 200 employees of Zongo Adama a Living Wage. How can customers be persuaded to pay these ten cents more per kilo? You have to create a small incentive. Eosta first communicates the price including the Living Wage Guarantee and then adds: "You may also pay 40 cents less per crate, but then you'll have to be okay with Zongo Adama’s employees not receiving a decent wage."

Such an approach seems to work. Anonymity leads to exploitation, visibility and transparency lead to accountability. Three customers in the German-speaking organic food sector now sell the Living-Wage mangoes, and some supermarket chains, such as Aldi and Rewe, are also showing interest. In general, unfortunately, it has to be said that supermarkets suffer from a kind of schizophrenia: Top management talks endlessly about the importance of climate protection, health and honest distribution of wealth, but the purchasers still negotiate the lowest prices with their producers. What is striking is that many organic shops often do not act any differently, although the eco-sector in particular has a chance to stand out positively in this area.

"Organic food is not too expensive, conventional food is too cheap.”

Organic farming and trade are currently at a turning point. The European Commission has announced in its Farm-to-Fork Strategy that it intends to increase the portion of organic farming to 25 percent by 2030. Up to now, the organic market has always had its own niche, which has allowed the players to escape the price war on the world market to some extent. But if organic is to become mainstream now, caution is needed. The organic food market will be making a big mistake if it assumes that it can participate in the search for the lowest price, which is normal in the price war of the conventional food market model. Instead, more needs to be done to ensure transparency in relation to ecology, health and social prosperity, to show the true costs of production. With "True-Cost-Accounting" concrete amounts of money can be specified. And then it immediately becomes clear: Organic food is not too expensive; conventional food is too cheap.