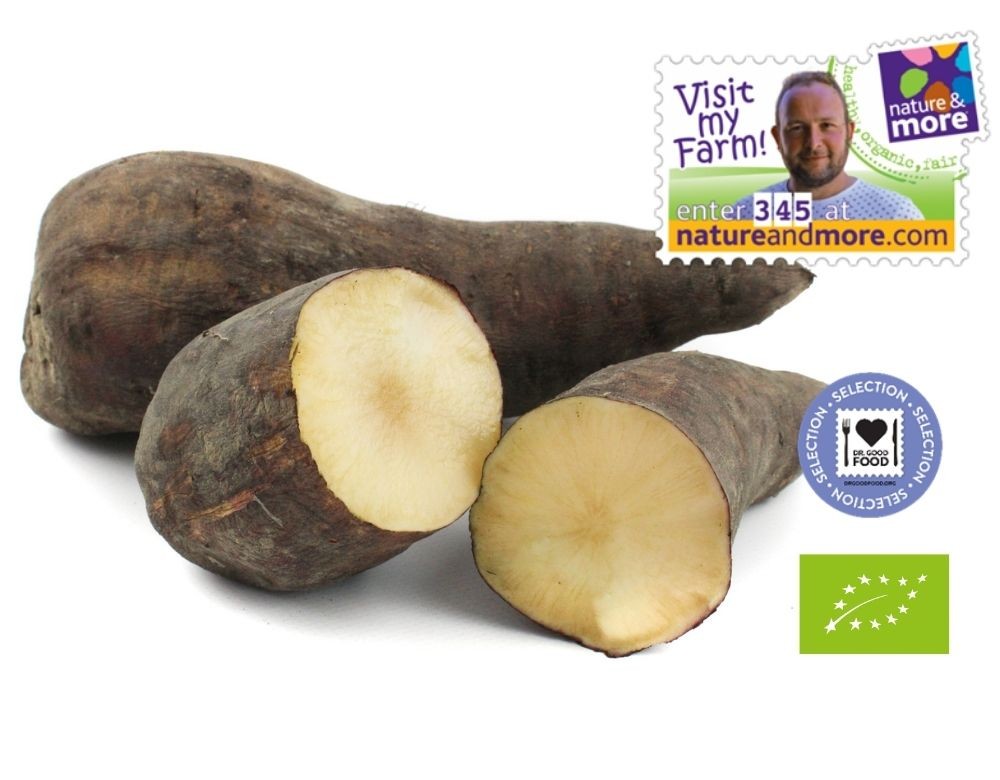 Hello, my name is Frank and we grow organic Yacon for Nature & More in The Netherlands. I would like to share some interesting facts with you about Yacon:

Simply contact your Eosta Accountmanager for all details, availability and a sample.