Pineapples finally reveal it all (including True Cost) 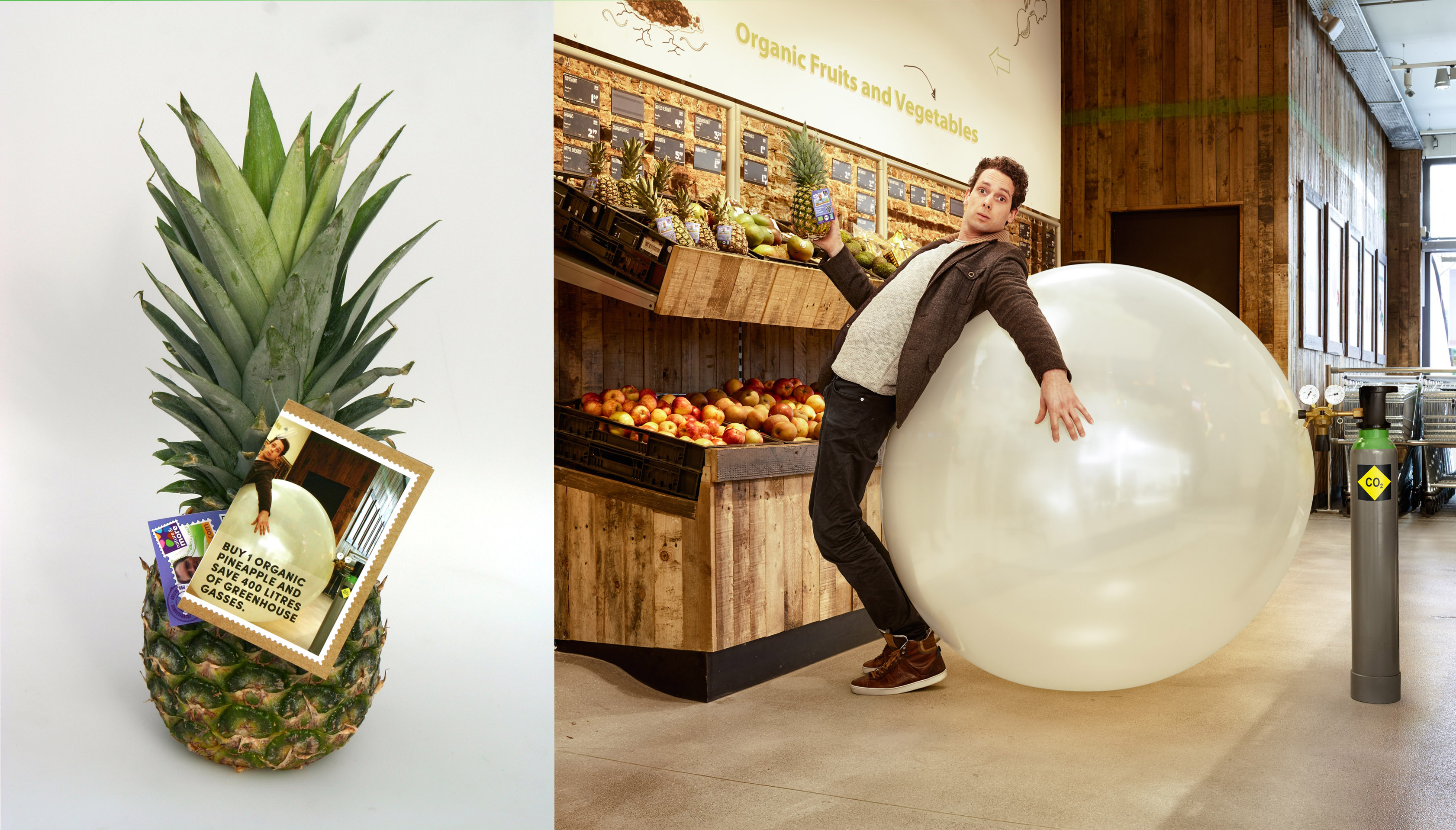 The organic pineapples that Nature & More distributes throughout Europe were already outspoken; they told consumers which grower in Costa Rica produced them and at which location, how sustainably and socially the grower went about it, and his e-mail address. But now the pineapples are also unveiling the hidden costs of pineapple cultivation, through a tag attached to the crown. The numbers make clear that organic is not too expensive—rather conventional is too cheap.

Nature & More, Eosta's trademark for organic fruit and vegetables, launched a European-wide campaign this year called "The True Cost of Food". Products in the stores such as pears, oranges, lemons, and grapes were supplied with information cards about the hidden costs of food production. The true challenge here lay in having the information reach the store shelves; not every supermarket is eager to provide flyers with the products.

However, pineapples are the ideal fruit to supply full transparency about origins and hidden costs. It is easy to attach an extra little information card to the crown, which is what Nature & More is doing now. The talkative pineapples are sold mostly in health food stores but also in supermarkets in Germany, the Netherlands, Sweden, Belgium, France, Denmark, Finland, and other countries.

The Costa Rican pineapples of grower Andres, for example, inform us that they save society €2,013 for the climate and €805 for water compared to conventional pineapples, not for each pineapple of course but per hectare per year. (In UK units, that is £730/acre/year for climate and £293/acre/year for water.)

What makes up those costs, really? Examples are water pollution through artificial fertilizers, or the extinction of honeybees through pesticide use and lack of food sources. The groundwater must then be purified in water purification plants which are paid for by the government. The government in turn is paid for by the taxpayer, the same consumer who eats the pineapple. Thus, a "cheap" pineapple may turn out to be a bad bargain.

Nature & More has created an amusing animation video that explains "The True Cost of Food" in a nutshell: www.tinyurl.com/hqoaxht. In less than two minutes the animation shows how important it is to include all costs of food production, including hidden social and ecological costs.

Nature & More is the "trace & tell" trademark of Eosta, distributor of fresh organic fruit and vegetables. With acclaimed campaigns like Save Our Soils and the True Cost of Food, Eosta has positioned itself at the forefront of the sustainable food movement. More information: www.natureandmore.nl en www.eosta.nl.

Pineapples finally reveal it all (including True Cost)