Llandovery / Waddinxveen, 18 July 2017 - HRH Prince Charles has congratulated leading organic fruit and vegetable specialist Eosta on a groundbreaking new report that studied the ‘true cost’ of producing organic fruit compared with conventional products, finding the former is significantly healthier. One of the major findings of the report, which focused on consequences of food production that never feature in balance sheets, such as impacts on health, climate, water quality and soil erosion, was that organic apples are 19 eurocents (£0.17) healthier per kilo than their conventional equivalents.

At the Harmony in Food and Farming Conference, held last week at Llandovery College in Wales, Eosta presented the results of the innovative ‘True Cost Accounting in Farming and Finance’ pilot programme, which builds on the Prince’s Accounting for Sustainability Project, established in 2004. The Prince, a long-time advocate for organic farming, congratulated Eosta on the results.

Speaking during the conference, Prince Charles argued that our society needs a more inclusive approach ‘in the way our entire economy is geared’, warning against the notion that in economy and farming ‘all that matters is the bottom line’. If we continue on that path, he said, humanity’s place on earth could be ‘derailed for good’. The Prince’s remarks at the event followed previous statements in favour of True Cost Accounting tools. In December 2013, he said: “It is the economic invisibility of nature that is the root of the problem. We should include the true cost in the bottom line of our profit calculation, rather than exclude them.”

The True Cost Accounting for Food, Farming and Finance pilot which was presented at the conference, offers a practical tool to do just that: it helps farmers, food companies and financial institutions to monetise the hidden impacts of modern farming practices on planet and people. The report was personally presented to the Prince by Costa CEO Volkert Engelsman at the Llwynywermod Estate, one of the Prince’s farms.

Eosta is an international leading importer, packer and distributor of organic fruits and vegetables, based in the Netherlands. The True Cost Accounting pilot calculated the cost of impacts such as soil erosion and water pollution for several of Eosta’s products, including organic apples from Argentina and organic oranges from South Africa. These numbers were compared with non-organic products. The report also included an integrated profit and loss statement for Eosta; one of the first to be published for a SME company worldwide.

Eosta CEO Volkert Engelsman said: “We have found large differences between the impacts of organic and conventional production. For example, the calculation shows a 19 eurocents per kilo advantage for organic apples in health impact. The report makes clear that organic food is not too expensive, but rather conventional food is too cheap.’ The Prince of Wales, being a passionate advocate for organic farming since 1985, as well as a pioneer in True Cost accounting since 2004, congratulated Engelsman.

In the past, Prince Charles has made explicit statements about the need for True Cost Accounting tools, stating at a Royal Geographic Society conference in London in December 2013: “We have to find a way of valuing in financial terms the increasing damage done to the earth’s life support systems by our food production. It is the economic invisibly of nature that is the root of the problem. The value of the planet’s ecosystems has not been taken into account fully and consistently in our decision making systems. We should include the true cost in the bottom line of our profit calculation, rather than exclude them. Otherwise our capacity to feed the world’s rising population, on the back of an increasingly weakened ecosystem, will lead to conflict and misery on an unimaginable scale.”

The Harmony in Food and Farming Conference was organised by the Sustainable Food Trust, and was inspired by ‘Harmony’, the book which Prince Charles published in 2010. In the book, he argued that there are timeless underlying laws and principles behind our interaction with nature. An understanding of the principles of Harmony will better place us to address the climatic, ecological and public health challenges of our time. 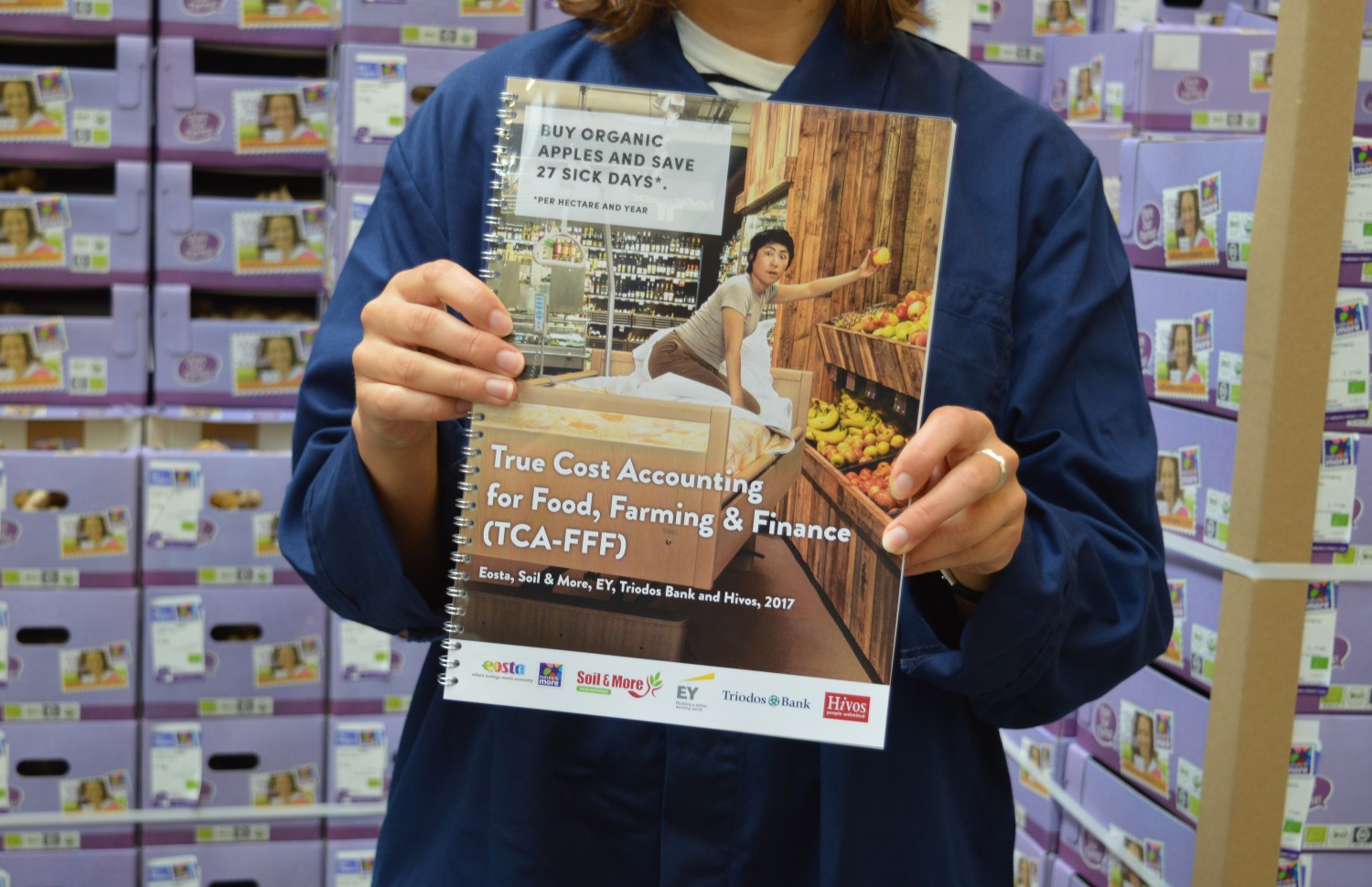