Save Our Soils celebrates first anniversary 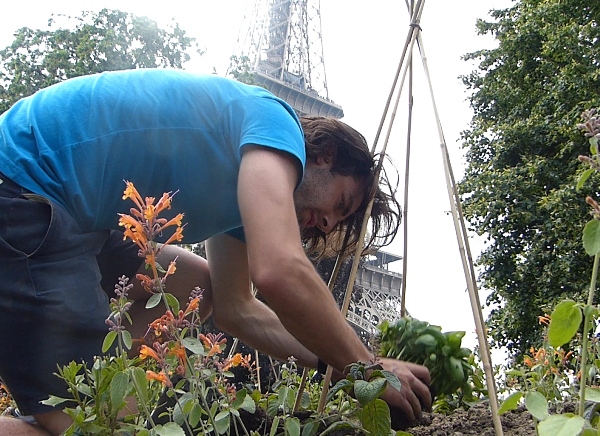 Press release, Dec 3, 2013: On World Soil Day, 5th December 2013, Save Our Soils celebrates its first anniversary with a special video release. The campaign was launched in Europe in 2012 by Nature & More and will run until 2015, the International Year of Soils. The short film to be released is the winning entry of the first year's video contest. Counting more than 50 prominent partners and Vandana Shiva as the newly installed campaign patron, initiator Volkert Engelsman comments: "We're just getting started. Soil is not seen as a sexy subject, but this guerrilla farming video will change that!' Furthermore he calls for action: 'If you understand the importance of soils, help us to make it go viral. We need more "soildiers"!"

The Save Our Soils campaign aims to make consumers aware of the worldwide loss of fertile soils and points to "soilutions". More than 50 international partners have joined the campaign, including prominent companies and NGO's such as German Alnatura, the United Nation's FAO and the Youth Food Movement. Initiator Volkert Engelsman, CEO of Nature & More: "It is our aim to reach millions of people before 2015 about the issue of soils. With Vandana Shiva [Deutsch: & Sarah Wiener] as our international patron , our retail partners and our upcoming viral video, we're gaining impact. The best is yet to come!"

Among the successes of the first campaign year were three guerrilla farming actions in Berlin and Cologne, featuring Vandana Shiva, German celebrity cook Sarah Wiener and famous ex-politicians Renate Künast and Klaus Töpfer. These actions reached prime time television and were widely reported on in the media. Another big landmark event was the release of the first consumer-oriented campaign product, the Soilmate. This purple "kitchen garden" box with organic tomatoes, compost, basil seeds and information about the soil issue was developed by Nature & More and successfully introduced onto the European market.

The winning video for the guerrilla farming video contest was submitted by a young American who cycled 5000 miles through Europe and carried out guerrilla farming at iconic European sites, such as the Eiffel Tower and Buckingham palace. Volkert Engelsman: "The video swept us off our feet. We hope it will inspire many others to get involved in saving soils."

The winning video can be seen on the homepage of www.saveoursoils.com as an embedded YouTube.

Save Our Soils celebrates first anniversary