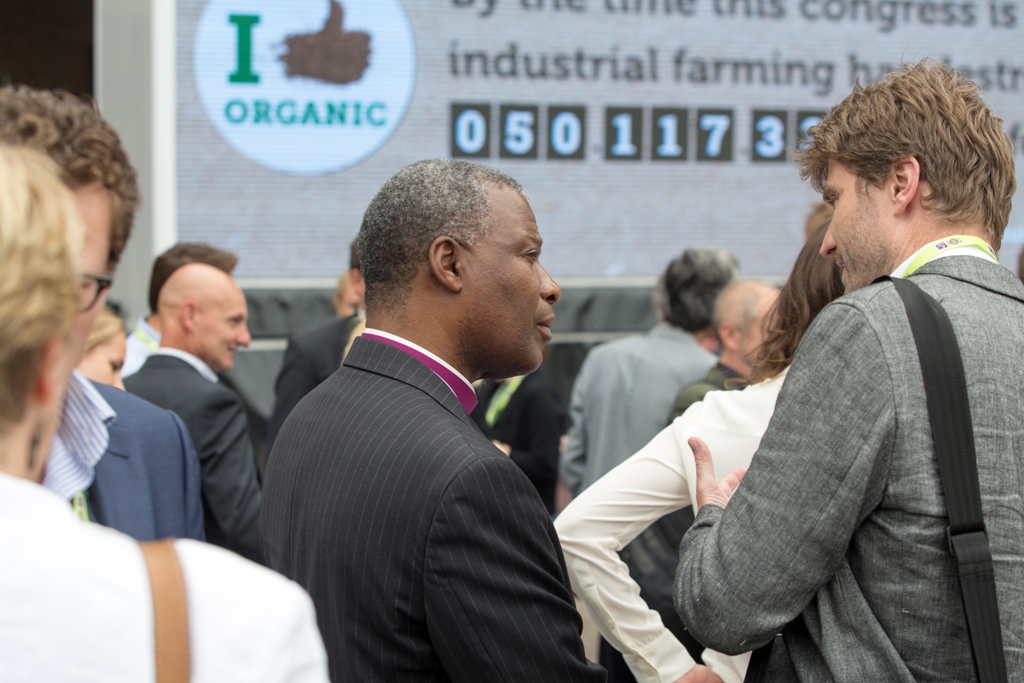 Soils are lost at a rapid pace all over the world, but organic agriculture offers solutions. This message of the Save Our Soils campaign reached almost 12 million people through social media over the last two weeks. The Celebrating Soil! Celebrating Life! congress that was held on 26 and 27 June in Amsterdam, reached nearly 2 million Twitter accounts through the hashtag #CelebratingSoil. On Friday 26 June the subject became „trending topic” for a few hours. And thanks to posts by Greenpeace International and the American Organic Consumers Association, another 10 million users were reached on Facebook (through 30.000 likes and 8000 shares).

Volkert Engelsman, CEO of Nature & More / Eosta and initiator of the campaign: „The message is starting to resonate. We started the Save Our Soils campaign at the end of 2012, even before we knew that 2015 would be the UN International Year of Soils. The continuous effort we have made to put this subject on the agenda is now starting to pay off, thanks to the support of people like Julia Roberts and Desmond Tutu, and thanks to our 200 campaign partners who are helping to spread the message of Save Our Soils. In the second half of this year we are going to spread the message, together with our retail customers, in stores throughout Europe. If the consumer, that sleeping giant, wakes up, things will start to change.”

For a photo reportage of the soil congress, see: https://flic.kr/s/aHskfnSnkd

The Save Our Soils campaign was set up by Dutch organic fresh produce specialist Nature & More / Eosta and the FAO (Food & Agricultural organisation of the United Nations) in order to raise awareness about the importance of healthy soils. See also www.natureandmore.com.