South African grapes in the limelight at the upcoming Fruit Logistica 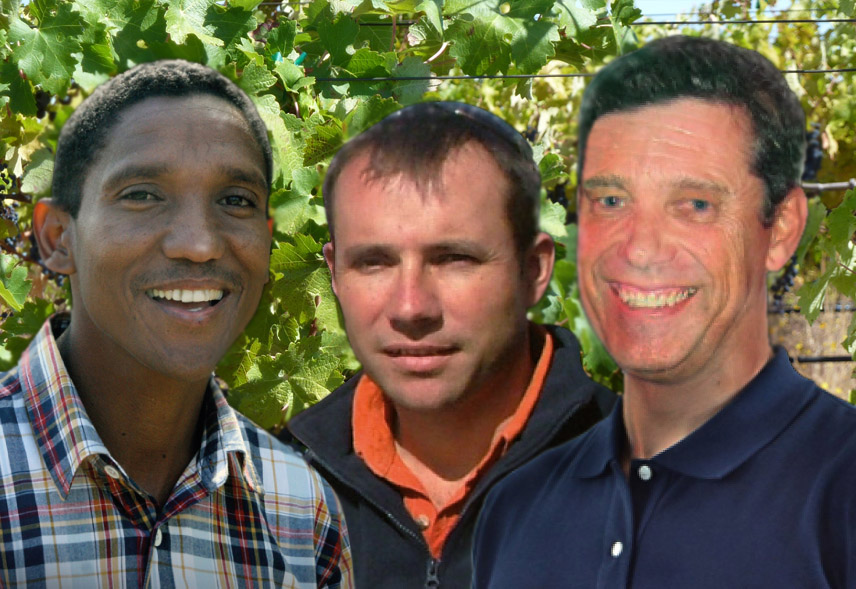 Press release - When it comes to the delicious Ben Hannah grapes, organic South African grape grower Warren Bam produces almost 40 mt per hectare and that is one and a half times more than his conventional neighbor. Also for the popular, white seedless Thompson grapes, Warren gets a much higher production than non organic growers. His secret? His enormous love and knowledge of the soil. Warren is one of the three South African growers that Nature & More will be promoting at the upcoming Fruit Logistica Trade Fair in Berlin (5 - 7 February)

“The reason why our organic grape growers are so successful is because of their knowledge of the soil” say’s Pieter de Keijzer (product manager). “Take Warren for example, he is just an excellent farmer with a great deal of knowledge about compost production, irrigation, pruning etc. and is always on top of things”. The work of Warren is not going unnoticed. Last year this organic hero, who grew up as the son of poor black land workers won two prestigious agricultural prizes: The New Harvest Farmer of the Year Award and the Newcomer of the Year Award. Warren remains modest “My only wish was to become a farmer, and now over the years I have learned that we must be grateful for what the soil is giving us. If we continue to take care of the soil, it will take of us, as it has done for generations”.

The two other South African Nature & More grape growers, Gog van der Colff and Eddie Redelinghuys, are also real SOILdiers. Gog was only 22 years old when he took the farm over from his father in 2000 and his decision to convert to organic in 2006 has proven to be more than successful. As with Warren his work has been recognized and in 2011 he also won the “South African Young Farmer of the Year” Award. Organic grape grower Eddie Redelinghuys is a true pioneer when it comes to introducing new grape varieties like Sweet Celebration or Jack's Salute. He is not only an excellent farmer but also manages a very successful compost business in Cape Town.

During his years in captivity, Nelson Mandela was able to take care of a small garden, which made him realize the beauty of the soil: “A garden was one of the few things in prison that one could control. To plant a seed, watch it grow, to tend it and then harvest it offered a simple but enduring satisfaction. The sense of being custodian of this small patch of earth offered a taste of freedom!” As a show of respect to Nelson Mandela, Nature & More is bringing the three organic grape growers together under a special "Mandela's Soilmates" web page and POS materials. For more info visit www.natureandmore.com and enter code 612.

Apart from "Mandela's Soilmates" Nature & More will also be presenting numerous other packaging innovations during the upcoming Fruit Logistica (Hall 3.2 /DO6) and Biofach (Hall 7 / 619) Trade Fairs. Nature & More is the unique “trace and tell” system of Eosta, a global specialist in organic fruit and vegetables.

South African grapes in the limelight at the upcoming Fruit Logistica