You want our organic Kenyan avocados? Then you have to pay the living wage 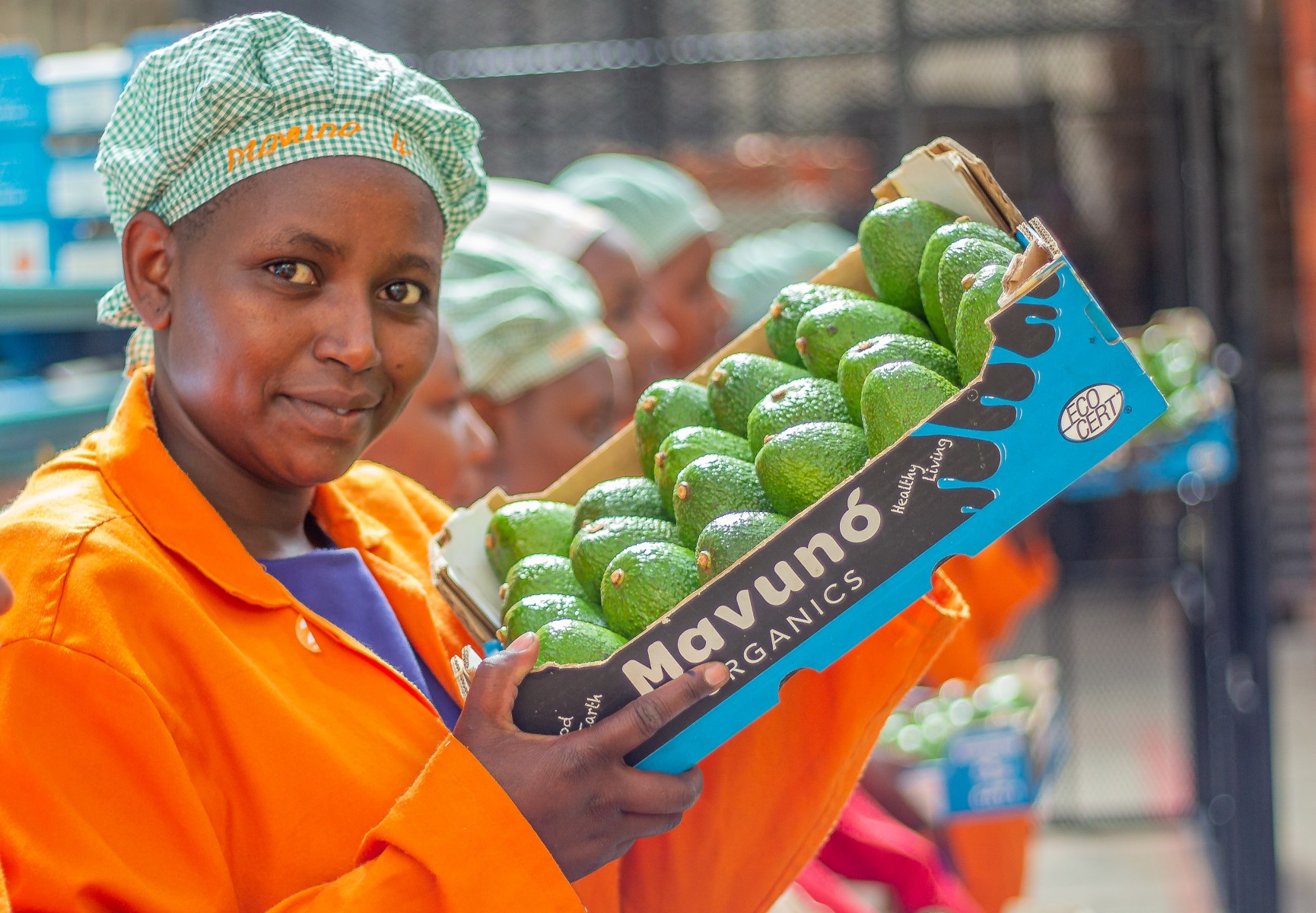 ‘You want our organic Kenyan avocados? Then you have to pay the living wage’

In 2020, organic fruit and vegetable importer Eosta became the first in the world to put a Living Wage product on shop shelves: the Living Wage mango from Zongo Adama in Burkina Faso. Eosta customers paid 10 cents more per kilo of mangoes to ensure Zongo's employees earn a living wage. A second product will be added in April 2021: Living Wage avocados from Anthony Ngugi in Kenya. Unlike the mangoes, Eosta customers will now not be given a choice – if you want to sell Anthony's avocados, you have to pay the living wage price, which is 2 cents per kilo more.

The first Living Wage avocados in the world

Living Wage is a new concept in food retail practice. A living wage allows for a decent standard of living for a family, and is usually higher than the local minimum wage. If we truly want to eradicate poverty and give people a fair chance, products must be priced to pay a living wage. Although many organizations are conducting extensive studies on Living Wage, Eosta is the first company to bring Living Wage to the shop and to the consumer. The launch of avocados will be followed by Zongo’s mangoes later in April.

Steps to certification in cooperation with IDH

In order to be able to sell the Kenyan avocados as Living Wage, an inventory of the incomes of Anthony Ngugi's 83 employees and the standard of living in Kenya was carried out in the fall of 2020. Eosta followed the protocol of the development organization the Sustainable Trade Initiative (IDH), using their calculation method. This year, for the first time, a review of the calculation by an auditor took place, which is a first step toward Living Wage certification. A Kenyan employee of the international auditor ETSA - Ethical Trade Services conducted the inventory. Formal certification of Living Wage does not exist yet, but this is an important step in that direction.

Surcharge per kilo of avocados: only 2 cents

The study showed that adding 2 cents per kilo to the price of avocados is necessary to provide a living wage. Major retailers in Scandinavia, Austria, Germany and the Netherlands have shown interest. The first pioneers in 2020 were health food stores in Germany and Austria. During the summer season, Eosta sold over 100,000 kilos of Living Wage mangoes to them. The premium collected was enough to cover 40% of the wage gap for Zongo Adama warehouse workers.

Eosta, with Nature & More as its consumer brand and transparency system, is Europe’s award-winning leading distributor of organic fruit and vegetables. Eosta is known for its sustainability campaigns such as Living Wages, True Cost of Food and Dr. Goodfood. In 2018 the company was awarded the King William I Prize for Sustainable Entrepreneurship and in 2019 the European Business Award for the Environment. See also www.eosta.com and www.natureandmore.com.

You want our organic Kenyan avocados? Then you have to pay the living wage