Eosta and Groenheuwel winners of the Climate Change Award 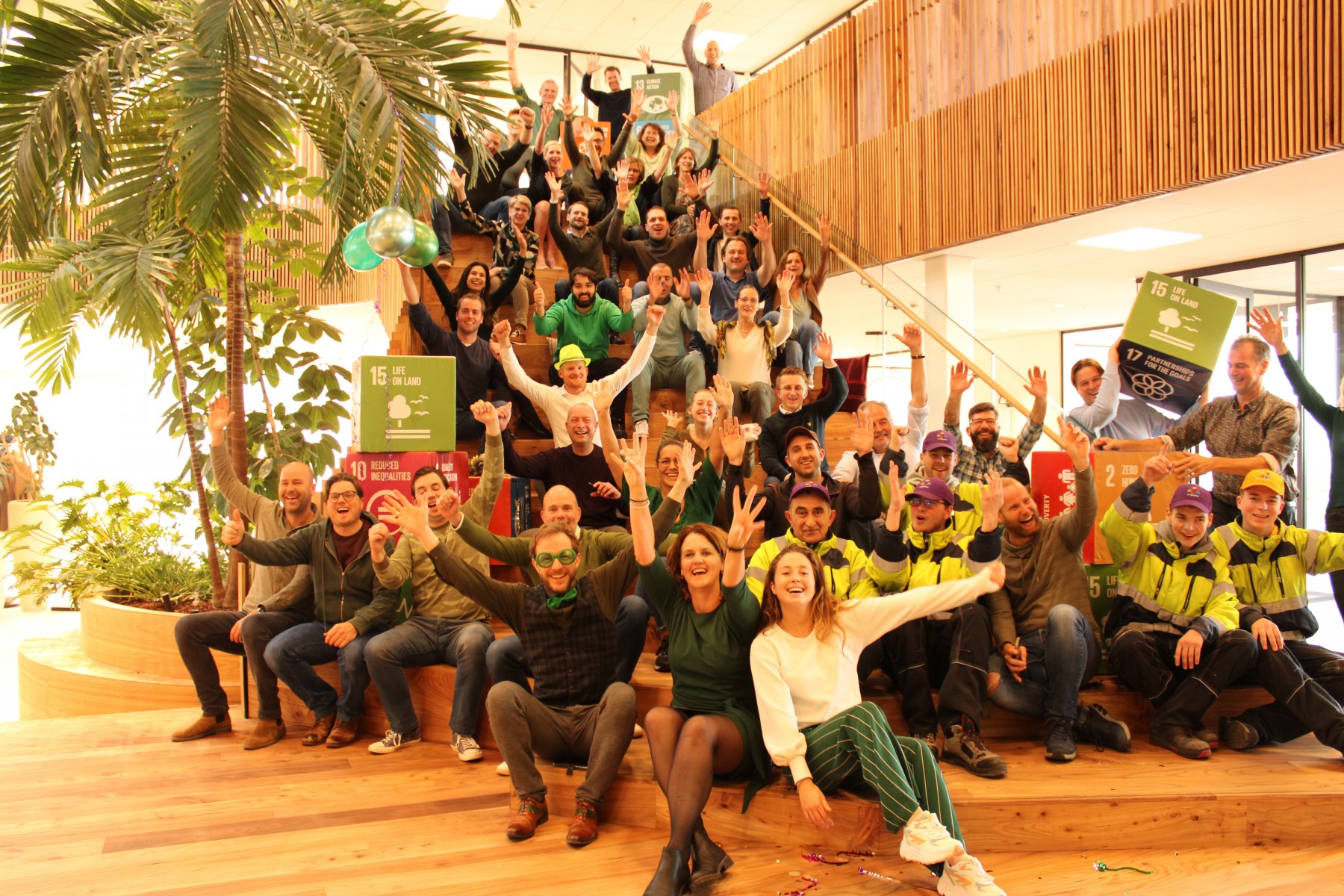 Eosta has won the Eco-Logic Climate Change Award 2021 for its partnership with South African citrus grower Groenheuwel (code 229 on www.natureandmore.com). This was announced by the award organization in South Africa at a festive award ceremony held on 3rd November 2021, during the COP26 climate conference. South Africa is struggling with the climate issue because it is highly dependent on coal, and Groenheuwel’s approach delivers a solution in two areas.

The partnership between Eosta and Groenheuwel was nominated for the Climate Change Award because this organic cultivation method produces fewer emissions and sequesters more carbon in the soil, which are consequences of using compost instead of artificial fertiliser and protecting the soil biome. Moreover, in 2020 Groenheuwel installed 2775 solar panels with which the company generates 2393 MWh of electricity. The warehouse can now be operated largely using solar power. This has an extremely positive impact in South Africa because the South African electricity grid is 84% coals powered.

Eosta and Groenheuwel winners of the Climate Change Award