Eosta: “Companies should be obligated by law to deal with the major issues of our time” 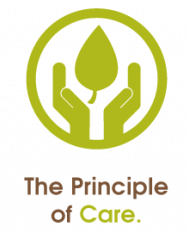 Volkert Engelsman, CEO of organic produce specialist Eosta, has joined an influential Dutch think tank in a petition to the to-be-formed Dutch government to expand the laws on Duty of Care to social and environmental issues. According to a plan supported by 25 university professors of Corporate Law, (supervisory) directors of companies should be obligated by law to formally report on their company’s social and environmental impact.

Liberalisation of the capital markets and emphasis on shareholder value are having detrimental effects on society. They give large companies no incentive to behave responsibly; rather the opposite. A letter, sent to the to-be-formed Dutch government by Dutch leaders in the field of Corporate Social Responsibility, advocates the introduction of responsible corporate citizenship in the statutory duties of executive and supervisory directors.

At the same time as the letter to the government, an opinion piece was published in Dutch daily NRC about the issue. Jeroen Smit, the author, stated: ‘It’s high time to declare that, by law, a CEO should also be a humanitarian. Because nobody can be successful in a world that fails.’

The Principle of Care is one of the fundamental principles of organic agriculture as defined by the international organic umbrella organisation, IFOAM, so it made sense for Eosta to join the petition.

CEO Volkert Engelsman said: ‘The corona crisis provokes some serious questions: how can we leave a liveable world to our children and grandchildren? As long as companies are driven by an outdated definition of profit, they can’t. What the world needs is companies who contribute to solutions instead of increasing problems. That is why we insist on laying down in law that executive and supervisory directors must account for social and ecological impact.’

The letter to the to-be-formed government was written by Maria van der Heijden (CSR Netherlands), professor Jaap Winter, author Jeroen Smit, economist Jolande Sap, and signed by Volkert Engelsman and other thought leaders from the field of sustainability and governance.

A proposed law change, written by professor Jaap Winter and supported by 25 professors of Corporate Law, was prepared in 2020 and can be read online here (in Dutch).

Eosta: “Companies should be obligated by law to deal with the major issues of our time”