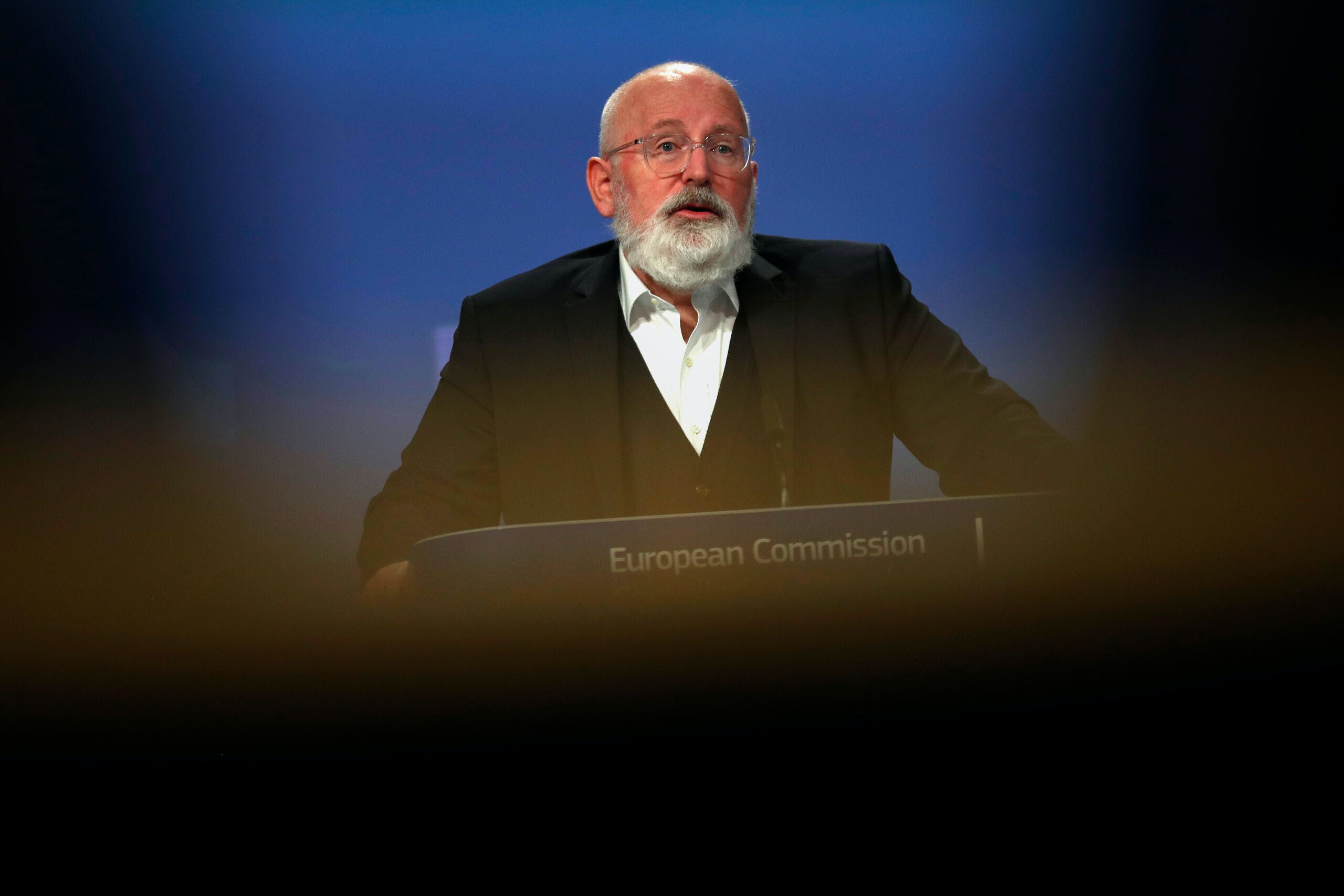 Open letter to the European Commission – a strongly abbreviated version of this article was published in financial newspaper Het Financieel Dagblad on 5 January 2020. You can read it here (in Dutch).

In May 2020, Frans Timmermans launched the Farm to Fork strategy, the core of the Green Deal that decides on the spending of €387 billion in agricultural subsidies. Its aim was to make the food system fundamentally more sustainable. Today, six months later, little is left of it. According to Volkert Engelsman, Eosta CEO, fiscal measures are now the only possible salvation for the Green Deal and Farm to Fork strategy. True Cost Accounting must be used to put a price tag on externalised costs, in order to create a level playing field in the market. True Cost calculations are also indispensible for calculating the long-term effects of the Farm to Fork strategy, which the European Commission is undertaking now. Otherwise we're comparing cheese and chalk.

‘Frans Timmermans presented the Farm to Fork strategy in May 2020 to help secure the future European food supply in a world with an unstable climate and ecosystem. This will require a robust and resilient agricultural system with shorter chains, decreased dependence on external inputs and less sensitivity to external disturbances. The European Commission therefore set a target of 25% of organic farming by 2030, and additionally wants to reduce the use of pesticides by 50% in ten years. On 14 October 2020, the scientific journal Nature referred to this plan as a potential game-changer, but also cautioned that its success would depend on the European Commission’s ability to create a political momentum for parliament and member states.

Unfortunately, it seems to be too late for this. On 23 October 2020, the European Parliament voted in favour of a new European Common Agricultural Policy (CAP) that can only be summarised as business as usual. A powerful agrochemical lobby, which the Corporate Europe Observatory reported on, repressed almost all items of the Green Deal from the new CAP. The greater part of 387 billion euros of agricultural subsidies is still spent on the very same conventional agriculture in the shape of per-hectare premiums. The French INRAE research institute and the Technical University of Paris have concluded that the new CAP does not bring the objectives of the Green Deal any closer.

Which options are left, Mr Timmermans? In December, on behalf of the European organic business community I was provided with the opportunity to engage in a brainstorming session with EU Commissioner for Agriculture Janusz Wojciechowski. I would like to plea that agriculture can only be made more sustainable if polluters no longer profit from a competitive advantage as part of the known externalised costs. True cost accounting involves being able to attach a price tag and fiscal measures to this.

I would like to discuss intensive agriculture – stock breeding in particular – which involves a great deal of soil degradation, water pollution, loss of biodiversity and climate change, the costs of which are currently shifted to taxpayers and future generations. Add explosively increasing health costs, such as the Parkinson epidemic among farmers, and the obesity and type 2 diabetes epidemics associated with how we designed our food system for decades. Recently the Boston Consultancy Group calculated the external costs for agriculture in Germany at 90 billion per year.

Continuing along this path will prove to us that penny-wise is pound-foolish and will result in us undermining our long-term ability to be profitable and productive in agriculture and food. The Corona virus and other new pandemics we are up against demonstrate that these external costs may mercilessly affect our generation as well as the next. We have left the ecosystem and biodiversity fragile enough to leave us and them defenceless against these kinds of outbreaks.

Externalities must be illustrated and priced

This is why we insist on a European Commission policy to illustrate such externalities transparently. The European Commission has made a promising start with laws and regulations for the financial sector, making it more difficult for regulated banks to invest in stranded assets, such as the fossil fuel industry.

Nonetheless, pricing these externalities is of at least equal importance because it represents a powerful instrument that can be used to create a level playing field in the market. Linking money to it will make the topic clearly communicable and allows for concrete measures to be linked to it.

You are not alone

Mr Timmermans and Mr Wojciechowksi, you will find yourself in good company should the European Commission deal with the implementation of True cost Accounting and pricing externalities:

Attention for the true costs of our food production is also in the interest of farmers, who, for far too long, have been forced by the EU to concentrate on kilos per square metre at the expense of diversity, animal welfare, the countryside and rural areas, job satisfaction and any other external costs. Instead, we should steer into the direction of social relevance per square metre, both ecological and social. This will result in decent pay for farmers; for food production as well as their ecosystem services, maintenance of the man-made landscape and their contribution to the social coherence in Europe’s rural areas.

The European Commission can turn the Farm to Fork strategy into reality by looking into concrete possible fiscal stimuli from the simple principle of liability. After all, what could be a more logical principle than forcing the polluter to pay? I will state three measures here, in ascending order of systemic impact:

Some struggle is inevitable

A focus on making the European food supply more sustainable involves competing against the huge invested interests of agricultural chemistry, the artificial fertiliser industry and the concentrates industry. There will be inevitable encounters with conservative forces terrified of change. They have managed to block innovation in the CAP and have no intention of stopping there. The livestock industry continues to bare their teeth and scream blue murder through Mrs Schreijer-Pierik.

Dutch Minister Carola Schouten announced recently that the European Commission will have the costs of the Farm to Fork strategy calculated. Please don’t forget to include the external costs of global warming, soil fertility, water quality, biodiversity, health, nitrogen issues and social capital in these calculations.

It is now up to the European Commission to decide whether you wish to keep things as they were (with a view to a minor financial elite and at the expense of humans, the planet and European civilians), or you wish to embrace the new normal which is so perfectly phrased in your very own Farm to Fork strategy.

Certainly, this will involve translating the strategy into strong fiscal measures that will result in a more level playing field in the market. If we fail to achieve this, the ideals of the Farm to Fork strategy and the Green Deal will prove empty, and nothing will be left of them a decade from now.’

"We don't pay the real price in the shop"