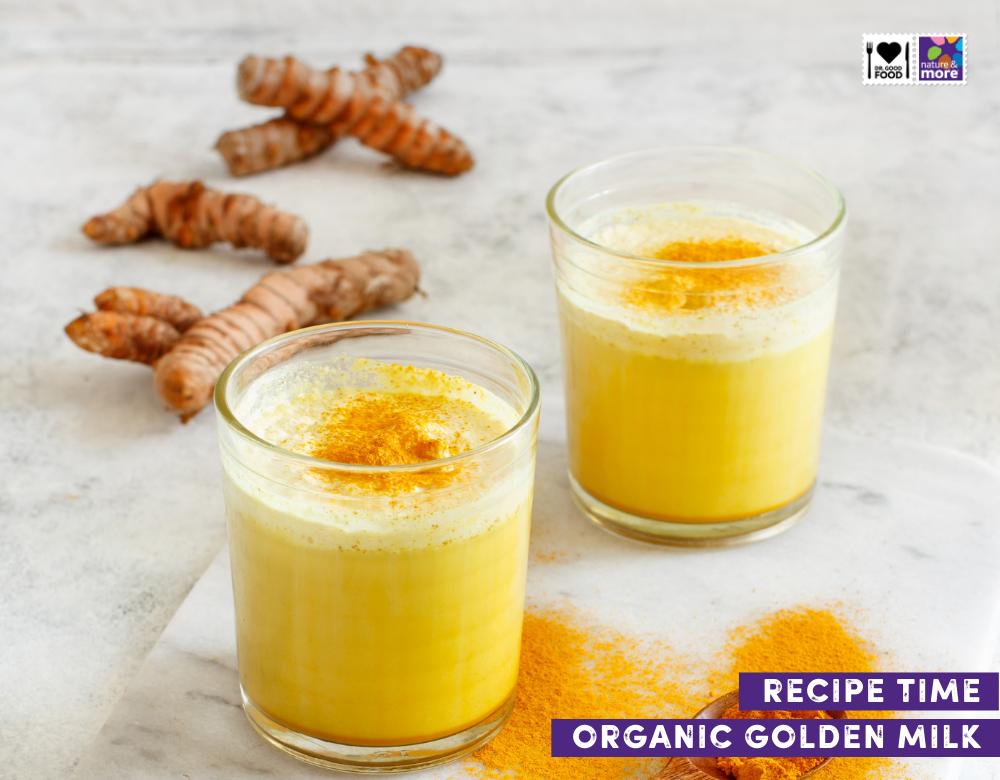 ﻿It is springtime, the cold weather is (almost) over but Golden Milk remains popular. ﻿﻿﻿﻿﻿﻿Here is a delicious warming recipe for a golden glow!

Golden Milk is made using turmeric and ginger root and originates from India. Research shows that ginger and turmeric have many health benefits.
﻿The benefits from turmeric are best absorbed when consumed in combination with some black pepper and some form of fat.

﻿For two servings of goldenmilk you will need:
﻿500 ml of organic soy milk or milk of choice
﻿2 cm of fresh organic turmeric root
2 cm of organic ginger
1 tbsp of organic maple syrup
﻿1 tsp of organic coconut oil or ghee﻿
﻿A pinch of black pepper
Optionally: 1 stick of cinnamon.

In a saucepan add﻿﻿ the milk of choice, the peeled and chopped turmeric, ginger, cinnamon stick, and black pepper. Bring to a soft simmer while stirring constantly. ﻿Add in the maple syrup to taste. Once hot and golden pour the mixture through a sive and serve warm.

Enjoy your warming golden milk once in a while as an alternative to your coffee or tea.